Despite a tumultuous season on the basketball court, Ishaq Pitt remains optimistic.

“We haven’t been doing well at all,” says Pitt, who currently plays point guard for the Hawks at the University of Maryland Eastern Shore. “We just have to come back and work harder and keep our focus.”

For the past few years, the Hawks have been on a constant losing streak, finishing the 2013-2014 season with a dismal 6-24 record. Last month, the university announced that it had decided not to renew the contract of basketball coach Frankie Allen, who has been at UMES for the past six years and who recruited Pitt out of high school to play for the team.

“We thank Coach Allen for the time he dedicated to UMES,” says Director of Athletics Keith Davidson. “We appreciate his service and wish him well in his future endeavors.”

While the news was expected, it still saddened Pitt and his teammates.

“It’s always tough when you lose a coach,” says Pitt. “But things happen and you have to learn how to just accept them and move on.”

Growing up, the Toronto native had high hopes of someday becoming a professional basketball player. Over time, he shifted his primary focus to his academics, where he holds a 4.0 GPA as an accounting major.

His performance in the classroom rivals his moves on the court, where he averages 5.4 points and 3.7 rebounds.

Last year, the National Association of Basketball Coaches (NABC) recognized Pitt and 700 other student-athletes from 285 colleges and universities with an award that “recognizes the talents and gifts that these men possess off the court and the hard work they exhibit in the classroom”: the Honors Court.

According to the NABC, to receive the award, a student-athlete must meet a high standard of academic criteria, which includes a junior or senior varsity player by credits earned, a cumulative GPA of 3.2 or higher at the end of the academic year and matriculated at least one year at their current institution, which has to be an NCAA Division I, II or III school or an NAIA Division I or II program.

“It’s all about balance,” says Pitt, who is currently a junior. “I really love basketball, but you also have to have a backup plan if you want to do well in life and you have to focus on your studies.”

Pitt has not only found a way to excel in the classroom, but he is also involved in other campus activities, including a leadership role in the student government. Due to his numerous accolades, Diverse has selected Pitt as one of the Arthur Ashe Jr. Sports Scholars of the Year.

“Ishaq is a great student, but an even better person,” says David Whigham, a spokesman for UMES. “He posted one of the best rebounding lines for the Hawks this season and gave the team depth with his versatility. Ishaq is a valuable part of many UMES functions and embodies all of [the] things that we look for in our athletes.”

This summer, Pitt will intern at the prestigious accounting firm of Deloitte and Touche, an opportunity that he hopes will ultimately help him to secure a full-time job in the industry.

“I’m really fortunate that I have a good support system,” says Pitt, who is on a mission to encourage aspiring athletes to find balance between athletics and their studies. “In my case, I had the support of my family, my teammates and my professors who helped me to stay focused.” 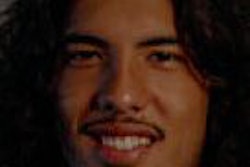