After a basketball game or hard practice, don’t expect to find Sai Tummala taking a break or chilling out. Expect to find the lights on and his head buried in an organic chemistry
or neurobiology textbook.

A junior at Arizona State University (ASU) with another year of athletic eligibility, Tummala learned recently that he scored in the 80th percentile on the Medical College Admission Test (MCAT). He flew to Dallas for less than 24 hours in January to take the test. Tummala had spent nearly six months preparing for the MCAT.

Tummala had spent nearly six months preparing for the MCAT. Some days he studied up to six hours. When the team traveled, he studied on the bus or plane. It’s challenging to find time to study, he says. Basketball practice takes four hours a day, six days a week, and usually lasts until 5 or 6 p.m. When he has a test or assignment due, he’s up until 2 or 3 in the morning.

As deftly as some players dribble a basketball, Tummala slam-dunks when it comes to academics. He has a perfect 4.0 cumulative grade point average; is a member of Barrett, the Honors College; and made the Dean’s List each semester at ASU.

The 6’6” Sun Devil forward also has a strong passion for athletics, particularly basketball. He started playing at age 10 and on through his years at Brophy College Preparatory, a Jesuit high school in Phoenix, where he grew up.

Brophy is a school that emphasizes developing the whole person, Tummala says. That philosophy influenced both the intellectual and the physical sides of his development. As for basketball,

Tummala says he enjoys it because “you can be so creative in the way you can play. It’s a fluid and fast-paced game.”

Though he’s not in the Sun Devils’ rotation, he’s no less in love with playing basketball.

Tummala practices hard and says he believes the game has taught him the value of sticking with something you want to do. An athletic shooter, he has helped the team with his three-point shooting ability and great low post game as well. During the 2013-14 season, he averaged 5.3 points per game with a 39 percent field
goal percentage.

“He’s a tremendous teammate, unconditionally selfless in giving for the better of the team,” says former ASU coach Herb Sendek.
“He personifies class in every way.” Even Sendek is impressed with Tummala’s dual commitment. “He does a masterful job of balancing athletics and academics,” relates Sendek.

Growing up in a household with physician parents obviously rubbed off on Tummala and spurred his interest in science. His mom is an obstetrician-gynecologist, his father a child psychiatrist. They didn’t try to

nudge him toward medicine. Instead they encouraged him to do whatever he wanted.

Tummala wants to be a doctor and is leaning toward orthopedics. This semester, he’s taking three science courses — neurobiology, organic evolution, biochemistry and an organic chemistry lab — and working on his honors thesis.

“I have a passion for what I study,” Tummala says. “It’s more than just getting into medical school. I’m really interested in what I’m learning.”

That interest pushes him to investigate topics outside the course syllabus. “Sometimes I’ll be reading a textbook and want to dive more deeply into a topic I find interesting in class.” But with everything on his plate, “I don’t have the time,” he laments.

Still, he makes time to participate in community service activities with the team, which include visiting the Phoenix Children’s Hospital. This summer he plans to visit India, his parents’ home

With another year left at ASU to do graduate work and play basketball, if he gets an opportunity to play professional basketball at a higher level, he may go for that. But with that 4.0 GPA and a competitive MCAT score, med schools can expect his applications to soon be in the mail. 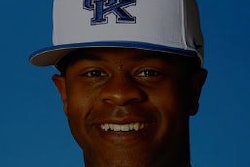 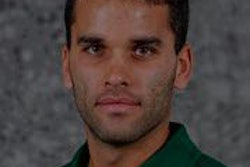 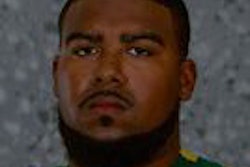 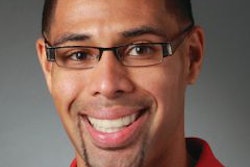