Committed to Serving Others

This past college season, Taylor was the only player at a Football Bowl Subdivision school to earn both his bachelor’s and
master’s degrees before the start of his true senior season.

“He represents everything that the student-athlete stands for,” says Jerry Scott, assistant athletics director for media relations. “His credentials show how seriously he takes school. He’s a team leader and makes those around him better,
which is the ultimate sign of a leader. He’s dedicated to community service, specifically working with at-risk youth, trying to have an impact on their lives and
making the community better.”

Utilizing knowledge acquired in his MBA studies, Taylor, 22, developed a plan, filed the paperwork and launched a nonprofit organization The Power of 1 or
2. He co-founded this with his sister, Starr Taylor, a starting guard on Arkansas State’s women’s basketball team.

“My sister and I have always had a passion for helping at-risk youth,” says Taylor, who prior to forming The Power of 1 or 2 participated in extensive community
service and received the university’s Distinguished Service Award.

“A lot of people believe there’s strength in numbers, but we feel a lot of time people forget the power of just one or two people,” he says. “You could be that person for
somebody else. You can be who you are in your everyday community and make an impact.”

In the years ahead, the siblings want to promote education and grow the mentorship program as well as developing community events that bring people
together in positive environments. Taylor also dreams of one day starting a charter
school.

By maximizing his studies during summer sessions, Taylor finished his bachelor’s degree in business administration in August 2016 and, a year
later, completed his MBA. During the fall 2017 semester, he handpicked courses he felt would be beneficial for his future that he hadn’t previously been able to take.
“I’m intrinsically motivated,” Taylor says. “I also think because I’m competitive, I like to try to turn everything into a competition. I won if I got an A. If I
didn’t get an A, I lost. Competing like that kind of made school a little easier for me. I always want to win at everything.”

Taylor’s father, Trooper Taylor, is the assistant head football coach at Arkansas State. From as far back as he can remember, he and his father
talked about all aspects of football. At the various universities where his father coached, among them Oklahoma State, Auburn and Tulane, he’d surprise and
impress his dad’s coaching colleagues by the sophisticated plays he drew up.

“I was always trying to learn more about football, anything he could teach me,” says Taylor, who started playing football at age 5 and participated in a number of
sports growing up. “I’ve always been a student of the game. … To earn an athletic scholarship at the school where my father coaches was a humbling and blessed
moment for both of us.”

Trooper Taylor and his wife, Dr. Evelyn Taylor, met when both were studentathletes at Baylor University and had their wedding ceremony on the football field.
Utilizing their own competitive natures, they taught their children to strive to be the very best.

“It started from the day they were born all the way through now — a daily basis of setting standards and upholding them,” says Trooper Taylor, who also instilled
faith and values. “With Blaise’s degrees, he has put himself in a position to have options.”

As he moves on to the next phase of his life, which in the immediate Taylor hopes involves playing in the NFL, he leaves a legacy of excellence at Arkansas State.
He was on the Athletics Director’s Honor Roll and the Sun Belt Commissioner’s List but never lectured teammates on academics.
Rather, his achievements showed them what is possible.

“Anytime they asked me about it, I would share insight and give them feedback on things that I felt would help them if they took advantage of the academic
opportunities made available to them,” says Taylor, who after pro football wants to be either a sports agent or go into team management, with the goal of becoming
the general manager of an NFL team.

“Whatever aspect he’s in, he shows people if you put your mind to it, there are a lot of things that are available to you,” says head coach Blake Anderson. “He
makes people around him want to be better in every aspect on and off the field. It’s in his DNA.” 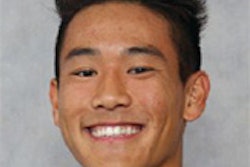 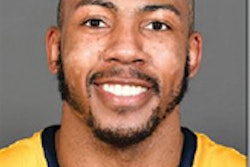 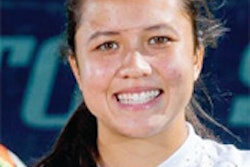 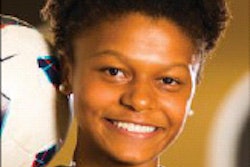