Campus climate plays a critical role in whether a university retains its student population—but this is especially true for minority students.

For this reason, two studies recently published by Dr. Gene Parker III of the University of Kansas explore why universities established their chief diversity offices and how student-faculty interactions at those universities influence campus climate. 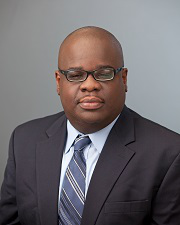 Diversity offices, which are typically implemented to advance a school’s goals in equity and inclusion, have become increasingly common within the past decade. However, Parker discovered that, more often than not, these offices were formed in response to a crisis.

The fact that these offices are commonly created following a crisis suggests that these universities’ approach to racial tensions is merely reactive to a larger problem: a campus climate where minority students feel unwelcome.

With campus climate being the root of the issue, Parker argues that an institutional response isn’t a sufficient cure.

“What schools are doing is responding to cultural issues with a structural response,” Parker said to the KU News Service. “They do that because it’s what they’ve always known. They’ll take a look at what other institutions are doing and implement something similar. But there’s no industry standard.”

Until diversity offices find that “industry standard,” Parker said universities can strengthen their offices by providing diversity officers frequent contact with the president. When they are part of the president’s cabinet, officers have more agency to create an inclusive campus climate.

Meanwhile, the frequency of student-faculty interactions is also critical to a welcoming campus climate.

In another study published by Parker and Dr. Teniell Trolian of the State University of New York-Albany, the more students interacted with faculty (especially outside of class) the more likely they were to have positive perceptions of campus climate.

However, Parker notes, those perceptions varied depending on the type of student and the context of the situation. For example, social class and gender influenced whether students found various types of interactions positive or negative when it comes to campus climate.

“In terms of interaction, I want to push the button on how we think about faculty engagement,” Parker said to KU News Service. “What we’re considering are the many ways faculty interact as a continued relationship. With many students, such as minority students, there is a cultural element to consider as well. I call that equity-minded faculty engagement.”

Dr. Katrice A. Albert Named VP for Institutional Diversity At University of Kentucky