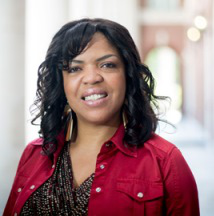 Black faculty members are expected to be “entertaining” when presenting their academic research to their mostly White peers.

That’s the findings of a new study conducted by Dr. Ebony O. McGee, an assistant professor of education, diversity and urban schooling at Vanderbilt’s Peabody College of education and human development who co-authored the article “Entertainers or Education Researchers? The Challenges Associated with Presenting While Black,” with Dr. Lasana Kazembe of the University of Illinois-Chicago.

Thirty-three African-American faculty members—16 of whom are assistant professors—from institutions across the country were surveyed about their personal experiences presenting their academic research at conferences and symposiums.

Many said that they were advised regularly by their White peers to be “more entertaining” and to “tell more jokes” during their academic presentations.

Black women, in particular, recounted examples of their White colleagues being preoccupied with their clothing, hairstyle and their body figure during their presentations, said McGee in an interview with Diverse.

“Many felt that their very bodies were being perceived as less than,” said McGee, who conducted the study with Kazembe over a five-month period. “They expressed feeling like a piece of meat on stage.”

Dark-skinned Black women expressed wearing wigs and said that they straightened their hair or used make-up to lighten their skin in order to be more widely accepted by their colleagues.

The findings, which were published in last month’s journal of Race Ethnicity and Education, were deeply revealing given that academic presentation is often considered in the tenure and promotion process. McGee said that the participants’ sentiments mirror the anecdotal stories that she’s heard from other Black academics across the country in recent months.

“We thought we were going to find Black academics talking about their research not being valued because they do research on Black folks,” said McGee. “But many felt that they were being joked on and objectified.”

She said that the findings also reveal that levels of “institutional racism” continue to persist within the academy and that there needs to be a systemic dismantling of racist attitudes and practices within higher education in order to level the playing field.

“The onus shouldn’t be placed on Black academics either,” said McGee, when asked what strategies might be used to improve conditions for Black scholars.

McGee said that some Blacks academics have reported that a public hug or handshake from a respected White colleague before they presented their research often provided validation among their peers. Others said that the “long drawn out introduction” that highlight a presenter’s research and academic credentials helped to put White audiences at ease.

The persistent racialized stigmatization of Black faculty is particularly troubling given the low number (less than 9 percent, according to 2011 data from the National Center for Education Statistics) of Black faculty working in higher education.

McGee said that the study indicates that more work needs to be done.

“The academy is not as welcoming as it should be,” McGee said. “Universities and academic conferences need to work at creating a more inclusive environment, so that all voices are heard and celebrated. If we don’t deal with this, we will continue to lose a population of talented and promising researchers. Our hope is that this study will offer novel and useful insights to those who organize presentations and those who give them, so they will be able to understand, appreciate and provide an improved experience for Black and other minority scholars.”