As public institutions become less and less affordable for low-income students, a new report says that, as universities chase high rankings and future donors, financial aid money is too often allocated to students who don’t really need it.

“Crisis Point: How Enrollment Management and the Merit-Aid Arms Race Are Derailing Public Higher Education,” a report authored by Stephen Burd, a senior writer and editor with the education policy program at New America, reveals that public four-year universities spent at least $32 billion of their financial aid dollars on students who lack financial need. 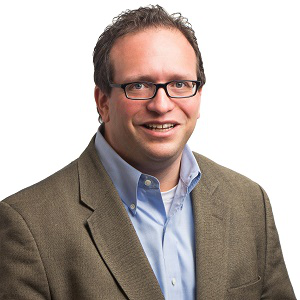 Burd studied non-need-based aid and explored enrollment management and financial aid leveraging, and his report examines the years 2001–17. He found that approximately $2 of every $5 of financial aid at public universities went to students that the federal government deems able to afford higher education without financial aid.

The report’s author used data drawn from the Common Data Set and acquired from Peterson’s. He examined figures from 339 public universities year by year and found that since 2014, the growth in merit aid for low-need students has outpaced increases in spending on need-based aid, making it increasingly difficult for low-income and other financially disadvantaged students to attend these colleges and earn degrees.

Burd has been examining elements of this story since 2013, studying the average net price students from families earning $30,000 or less are asked to pay at both private and public institutions. In 2013, he found approximately a third of public universities were charging an average net price of over $10,000. He continued to track the data and issued three subsequent reports.

“Each [report], the share of public universities that were charging the lowest income students an average net price over $10,000 went up until the last one, when it was over 50%,” said Burd. “To me, that was a flashing red light that said, ‘There’s a problem here.’” 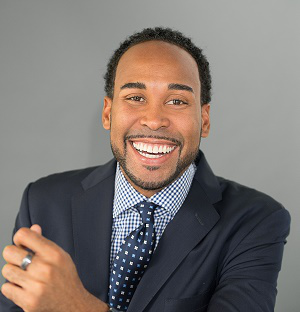 “The ability for postsecondary institutions to provide credentials, certificates and degrees that are required for certain types of jobs are further stratified or further marginalizing individuals who are from communities that are most under supported or least likely to have access to the high quality schools…without need-based financial aid,” said Johns.

“They mostly use it to get out-of-state students,” said Burd. “One of the reasons is state budget cuts and state disinvestment. It’s an alternative revenue source.”

Burd said the data shows public institutions go after out-of-state students and face stiff competition for the best of those students. He said many of these institutions use enrollment managers, who deliberately leave the financial needs of low-income students unmet, so money can go to students more able to boost an institution’s bottom line and raise its U.S. News national ranking.

There is no question that financial aid to low-income students costs money. Burd said enrollment management has changed the way that schools use financial aid. Institutions are trying to give attractive packages to the students they most desire.

“They either are giving the money to students who will help them raise their revenues … or to rise up the rankings, which also will tend to be students who come from better schools and come from wealthier families,” Burd said. “For states where there are shortages of high school graduates, they need to get more out-of-state students.

“It’s gotten to the point where we have this arms race, and everything keeps ratcheting up. It costs a lot to get good out-of-state students, so there’s less money left to give to lower-income students.”

NBJC’s Johns said financial aid subsidized by public funds should be provided solely based on need. “The ability for schools to use funds in ways that are fungible and provide public dollars to students that don’t demonstrate a need should be ended,” said Johns. “Schools should also adopt other admissions, housing and curriculum policies that are inclusive.”

Under enrollment management, all institutional financial aid is considered merit aid. A significant amount of need-based aid goes to low-income students, but it often doesn’t meet the full cost of attendance. Financial aid leveraging—money not given to low-income students—is then used for strategic purposes. A growing tactic is increasing tuition, but then offering small amounts of merit aid in the form of tuition discounts to offset the cost, thus attracting what an institution deems highly desirable students.

“They’re leaving low-income and other financially needy students with larger and larger funding gaps,” said Burd. “They’re raising their sticker prices. The higher they raise the sticker price, the better it is to do the discounting.

“This business model has been…very destructive to higher education as a public good.”

“There would be an increase…in equity and there would be more students who come from communities that are under supported, under invested in, underdeveloped,” he said. “They would have more opportunities to demonstrate what they learn in post-secondary spaces.”

“This is all an arms race, so it’s very hard for the colleges to get out of it on their own, which is why I think the federal government has to get involved,” said Burd.