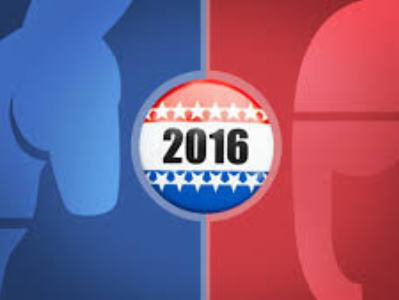 WASHINGTON — If Hillary Clinton is elected president, most insiders believe that she would select education researcher Linda Darling-Hammond as secretary of education.

But if Donald Trump were to win, most insiders believe he would select neurosurgeon and former presidential candidate Ben Carson for the post.

The monthly report — based on interviews with a small group of current and former Hill staffers, federal officials and others in the policy world — stated that 17.9 percent of those surveyed believed Darling-Hammond, faculty director of the Stanford Center for Opportunity Policy in Education (SCOPE) would get the post if Clinton were elected.

In the scenario of a Clinton victory, Darling-Hammond — who served as director of President Obama’s education policy transition team — was followed by Randi Weingarten, president of the American Federation of Teachers (at 14.3 percent) and former Berkeley law school dean and professor Chris Edley Jr., (at 7.1 percent) co-founder of the Civil Rights Project, which is housed at UCLA.

A significantly higher percentage — 28.6 percent — predicted that Carson would be appointed to the post if Trump were elected.

After Carson — whom Trump himself has said would be “very involved with education” in a Trump administration — the choices mentioned for Trump all seemed impractical, unrealistic or tongue in cheek.

For instance, those with zero chance of becoming secretary of anything in the United States included Andreas Schleicher, education assessment guru at OECD who happens to be a German citizen, and Ted Nugent, the colorful guitarist and gun rights advocate known for his reckless discourse.

The joking nature of the names submitted for secretary of education under Trump seems to emanate from lack of clarity over the candidate’s views on education.

“Clinton and Sanders have put forth proposals on college cost and student debt, and previous Republican candidates were on the record with higher ed proposals, but we know very little about Donald Trump’s education policies,” said “Education Insider” Co-publisher Jeff Selingo. “As we move to the general election, we’ll track whether that changes.”

The new Whiteboard report predicts a series of higher education issues that are likely to gain more attention soon.

For instance, 67 percent of the insiders indicated they were extremely or moderately concerned that the recent rise in borrower “defense to repayment,” or DTR, plans has “opened the floodgates.”

The concerns are in relation to the fact that thousands of students have availed themselves of the DTR provision of the Higher Education Act since the U.S. Department of Education announced in March that thousands more students who were defrauded by Corinthian Colleges, the since-disbanded for-profit chain that oversaw hundreds of campuses nationwide, could have their student loans forgiven.

Insiders differed over whether the blame lies with the Obama administration or the students themselves, but those who blamed Obama seemed more vocal about it.

“Totally irresponsible action by this feckless administration,” one insider said. “Giving away money for free is the beginning of the end of bipartisan support for the student loan and Pell grant programs. Students who feel wronged should sue the failed schools, not seek a bailout from the taxpayers.”
While most insiders believed K-12 education would receive less attention leading up to the election, the situation was different with higher education.

“I believe that higher education will get more attention because the Department and state (attorneys general) will continue their crusade against the for-profit sector until the Obamas leave town,” one insider said. “I’m not sure if K-12 will get much attention because the recent reauthorization of ESEA probably means that the next president won’t have an opportunity to influence K-12 education (at least not legislatively) unless he or she gets a second term.”

In terms of higher education priorities, FAFSA simplification — an issue the Obama administration has been working on since the beginning of its first term — remains a top priority, according to the insiders.
Insiders also ranked increased accountability and transparency through the accreditation process and expanding options for student loan repayment and refinance as priorities.

Several also mentioned expanding the “gainful employment” rule to all colleges and universities that receive federal funding or undoing the rule for for-profit providers as priorities.