Technological limitations, financial stresses and balancing external responsibilities are among some of the challenges faced by rural students.

Those access issues have further been exacerbated by the COVID-19 pandemic, with tribal colleges and universities (TCUs), in particular, being disproportionately impacted. The infection rate is 3.5 times higher within Native American communities compared to White populations, according to the Centers for Disease Control.

Though colleges and universities received funding through the Coronavirus Aid, Relief, and Economic Security (CARES) Act, President of North Dakota’s Nueta Hidatsa Sahnish College, Dr. Twyla Baker, said that “if those dollars got mainstream [institutions] to the 50-yard line, those same dollars just got tribal colleges to the starting line.”

“We have had problems with infrastructure, with access, a lot of different things that we have been advocating for prior to the pandemic just to get us to equity,” she added. “When you have the crisis like the pandemic happen, it really shows you where the cracks are.” 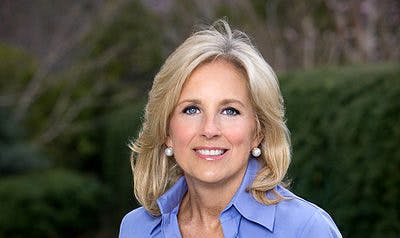 The current student debt crisis was also at the forefront of the conversation.

Despite Iowa’s Indian Hills Community College holding the fourth lowest tuition rate in the state of Iowa, the expenses still remain unaffordable for some potential students, according to IHCC President Dr. Matt Thompson. He proposed the need for school districts to increase their efforts by discussing financial literacy with their students, emphasizing that enrollment challenges and finances are “tied together.”

“We are losing this generation of students that are choosing just to go nowhere to college to begin with,” said Thompson. “I will be curious in five or 10 years if we start to see that group of students come back to education. The need for a middle- and high-skill workforce is growing.”

Student debt has also been a cornerstone of President Joe Biden’s first few weeks in office. He proposed making community college free and four-year public college tuition free for students in households earning up to $125,000 per year.

“I believe that his proposal would be a huge stimulant to our economy which is currently struggling,” said Levin.

During her speech at the summit on Tuesday, First Lady Dr. Jill Biden echoed similar sentiments by emphasizing the need for free access to training programs and community colleges. Previously stating that community colleges are “America’s best kept secret,” she added that the “secret is [now] out.”

“As we rebuild our economy, we need community colleges more than ever,” said Dr. Biden. “This is personal to the president and me. We understand the power of your schools. We know supporting your students and your institutions is urgent.”

Representative Suzanne Bonamici of Oregon expressed excitement about the potential impact that Dr. Jill Biden could make within the sector, given her role as a faculty member at Northern Virginia Community College.

“It is so heartening to know that there is an advocate in the White House who understands the importance of community colleges contributions to our society and our communities,” she said.

Going off of the new administration’s proposed plans, representatives and senators also indicated their own policy priorities for higher education.

Steil advocated for competency-based education and looked toward reexamining the accreditation process to better support dual credit pathways. The federal government must also ensure states and local schools are provided with the flexibility needed to adapt and meet workforce needs, he added.

Levin has been working to reintroduce the America’s College Promise Act, which would establish a federal and state partnership to provide two-years of tuition free access to community colleges.

Additionally, Bonamici’s focus has been on the College Affordability Act in an attempt to close the existing equity gap. One component is increasing diversity within the education workforce. Nationally, students of color make up the majority of U.S. public schools while only 20% of teachers are persons of color, according to Bonamici.

“The role of the federal government in education is about promoting equity and making sure those opportunities are there for everyone,” she said. “Safeguarding and expanding those educational opportunities and improving outcomes for all students.”