Low-income undergraduates who work are less likely than their higher-income counterparts to obtain a bachelor’s degree, and they are disproportionately women, Latino, Black and first-generation college students. 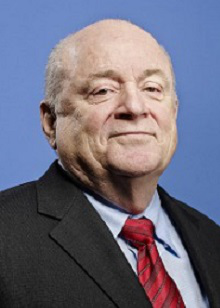 And while many students work out of necessity – about 70 percent of college students hold a job – the more hours students work while in college, the more likely their grades are to be lower.

Those are some of the major findings in the research report “Balancing Work and Learning: Implications for Low-Income Students” based on a study by the Center on Education and the Workforce at Georgetown University’s McCourt School of Public Policy.

· About 6 million of the 14 million working students, or 43 percent, are low-income.

· Low-income working students are more likely than their higher-income working classmates to attend for-profit or two-year public colleges, or enroll in a certificate program.

· Even low-income working learners with high academic performance are less likely than their higher-income working counterparts to earn any type of credential. 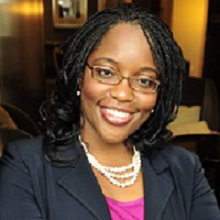 The study also found that while working tends to help students from higher-income households – likely because they can afford to work fewer hours and tend to have access to the best-paying jobs – unequal access to financial safety nets and other support mechanisms makes it difficult for low-income students to successfully juggle school and work.

“You can’t work your way through college anymore,” said Dr. Anthony P. Carnevale, director of the Georgetown Center and the report’s lead author. “Colleges need to do a better job of providing the right support services to ensure their working students have the means to reach graduation and gainful employment.”

The findings have some observers pointing to issues of ongoing inequity.

Underrepresented groups are particularly impacted by working while trying to get a post-secondary education. The study found that the ranks of low-income working students are 58 percent female, 47 percent first-generation college students, 25 percent Latino and 18 percent Black.

“The demands of balancing part-time or full-time employment alongside postsecondary education can present a real challenge for low-income students who already have very limited financial means,” said Dr. Michelle Asha Cooper, president of the Institute for Higher Education Policy.

For many low-income students, she added, “a part-time or full-time job is an absolute necessity.”

The Georgetown Center report sheds additional light on the results of an IHEP study released last year that indicated that college unaffordability is rooted in income inequity. The IHEP analysis indicated that even when higher- and lower-income students are equally prepared academically for college, those of lower income are less likely to go – usually due to a lack of finances.

“Low-income students who are pursuing a four-year degree must find a way to finance more than 150 percent of their family’s household income to pay for just one year of college, while the highest-income students only need to finance 14 percent of household earning,” Cooper explained. “For low-income students who work, these earnings help with paying tuition, fees and other critical non-tuition expenses such as food, housing, textbooks, transportation and, for some, childcare. But working longer hours undoubtedly puts a strain on students who are trying to successfully manage demanding course loads, and, in turn, impacts their ability to persist and complete at the same rates as their higher-income peers.”

Differences between where low-income and higher-income working students end up attending college is a factor in post-college success. And school choice is affected by systemic finance-related equity issues such as academic under-preparedness, said Dr. Lisa Guion Jones, a professor of higher education, and associate provost for strategy and special assistant to the president at the University of Central Florida. 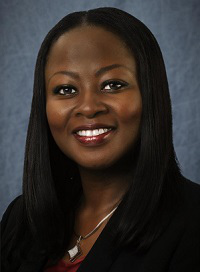 “Given the underperforming K-12 schools and lack of solid academic preparation that many low-income students are faced with, they are less likely to meet the admissions criteria for public universities, which are increasingly becoming more selective,” said Jones. “For-profit schools and two-year [institutions] have lower admission standards. The two-year schools can provide a nice pathway to a four-year institution. It has been my experience that far too few low-income students are taking advantage of the transfer agreements with universities.”

Grande Lum, provost and vice president for academic affairs at Menlo College, sees how students who must work spend less time than they otherwise would studying, getting to know their professors and classmates, and networking with alumni and others who could help them find lucrative jobs later. The student population at his small, private California institution is about 30 percent first-generation and 50 percent non-White, with about 95 percent of the student body receiving financial aid.

Menlo tries to level the playing field by requiring an internship that pays “while also greatly improving their chance of securing gainful employment post-graduation,” said Lum.  “Most of our students fulfill their internship requirement as full-time employees over the summer between their junior and senior years, earning salaries at places such as YouTube, SAP, Adobe, Tesla and Bloomberg. And 50 percent of our student-interns receive offers to continue working with their internship employer post-internship.”

Still, the challenge remains for all colleges to create more equity for lower-income students, administrators said.

“We have to continue to figure out ways to make college a more worthwhile and meaningful experience in order to truly increase access as more students and families from historically underrepresented groups question the return on investment of college,” said Lum.

“One strategy could be to benchmark and replicate successful need-based-access scholars programs for low-income, first-generation and underrepresented minoritized populations,” she recommended. “The second opportunity lies in work with private partners who can help work with higher education institutions to start thinking about how we come together to address issues of affordability.”