I Know the Power of Prison Education Programs

For years, I was known as inmate number 341916. I have spent over 15 years of my life either in prison, on parole/probation, or under community supervision after making an impulsive decision that spun me through the cycle of mass incarceration. But now, I am known as Marisol Garcia, Trinity College student, Class of 2022. 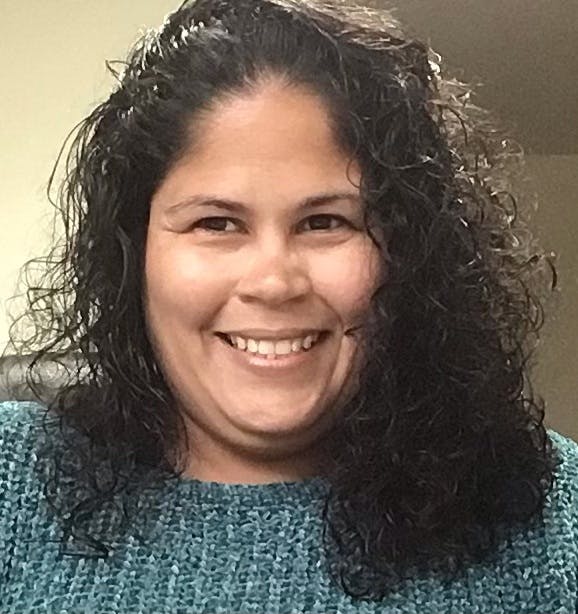 To say my path has been different from that of most college seniors is putting it mildly. After graduating from high school, I went straight into the workforce thinking that I could go back to school later. Family and work responsibilities were always my priorities, until my mom got sick with cancer. Suddenly, my life spiraled out of control with mounting medical bills and the fear of losing my mother.  Rather than stopping to breathe and think, I made difficult but poor decisions that led to my imprisonment. I embezzled nearly $40,000 from my employer, which led to my incarceration in 2006. While in prison I started a few college classes, however, after I was released, college, once again, fell by the wayside. That is, until I was arrested again in 2015.

During my second term in prison (I was 38 years old then, doing time for a violation of probation for larceny and forgery), I took two college courses that offered me a glimpse of the person I could become if I stopped making excuses for myself. One was a Trinity College course on human rights, and the other was a philosophy class through Wesleyan University’s Center for Prison Education (CPE). These courses fostered my ambition to help others in my community upon my release. My goal is to review and create public policy that will diminish sentencing inconsistencies and provide the tools to avoid the pitfalls that land people in prison to start. One of these tools is access to education.

Prison education programs are courses sponsored through colleges and universities to provide secondary educational opportunities to incarcerated men and women while inside. These programs have been shown to offer long-term tax savings to society by significantly reducing the cost of incarceration and monitoring. Rather than investing taxpayer money to build and staff prisons, prison education programs turn ex-offenders into taxpayers by equipping students with critical thinking skills and transferable workplace etiquette. While mass incarceration robbed me of my humanity, education helped me secure a job after I was released in 2019.

Prison education programs develop individual identity and encourage students to engage critically with the world around them. While I was incarcerated, I looked forward to sitting with my classmates and having lively discussions about political, religious, and current events. These weekly discussions provided an outlet to the outside world and let us see ourselves as complete beings.

With the support of my mentor from CPE and faculty advisor from Trinity, I will graduate in May 2022 with a degree in Public Policy and Law and apply to law schools to study social justice and policy reform. The prison education programs have provided me with the knowledge I needed to return to my community and the ambition to eventually work with lawmakers on sentencing policy, sentencing reform, and alternatives to prison that reduce recidivism rates.

The Institute for Higher Education Policy reported in 2011 that 7 out of 10 people will recidivate by committing a new crime within 3 years of their release. Prior to my involvement in the educational programs at York Correctional, I found myself right back within the barbed wire fences seeing what I thought were the same faces. But these were not the same faces. These were the daughters of women with whom I had previously been incarcerated. The cycle of mass incarceration had come full circle. Prison education programs can break the cycle of intergenerational incarceration by providing an opportunity for parents to serve as role models for their children.

If we don’t support prison education through national legislation for Pell Grants for the incarcerated population, local re-entry programs that support returning citizens, and individual donations to prison education programs many inmates will remain just that: inmates known only as the number given when going behind bars. Prison education programs provide hope to end the cycle of mass incarceration and transform the lives of incarcerated men and women, their families, and the greater community. If I had spent as many years invested in educating myself in the classroom and life, I would have been a source of community outreach rather than a carceral statistic.

Marisol Garcia, is an Individualized Degree Program student at Trinity College in Hartford, Connecticut. She is a Public Policy and Law major with plans to graduate in May 2022.