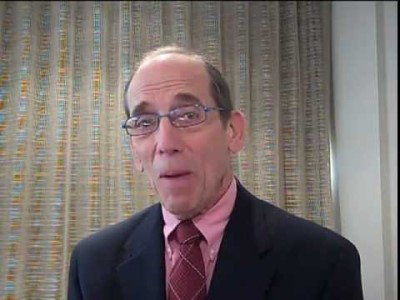 Study co-author Dr. William H. Schmidt says, “The belief that schools are the great equalizer, helping students overcome the inequalities of poverty, is a myth.”

When it comes to educating U.S. teens in math, schools play a significant factor in reinforcing, and even worsening, the inequalities between students from upper-income families and their low-income peers.

That’s a finding from a new study by Michigan State University researchers that examines math literacy based on learning opportunities, curriculum and family socioeconomic status in 60-plus countries.

Using data from the 2012 Programme for International Student Assessment — a test that was coordinated by the Paris-based Organisation for Economic Co-operation and Development — the researchers confirmed that low-income students are more likely to be exposed to weaker math content at school. They also determined that a substantial share of the achievement gap between low- and high-income students is exacerbated by the curricular disparities.

Published recently in an American Educational Research Association journal, the study is titled, “The Role of Schooling in Perpetuating Educational Inequity: An International Perspective.”

“In the United States, public school curricular and tracking policies are contributing to the growing performance gap between poor and rich students,” says Dr. William H. Schmidt, a University Distinguished Professor at Michigan State and one of the study’s co-authors. “The rich are getting richer and the poor are getting poorer. The belief that schools are the great equalizer, helping students overcome the inequalities of poverty, is a myth.”

Schmidt points out that high-achieving students in math are more likely than their lower-performing peers to master important skills such as calculating interest rates and figuring out price discounts. Teens with strong math skills are more likely to successfully handle basic tasks such as estimating the amount of carpet or floor tiling needed for a room, or what dimensions new curtains ought to be.

“Affluent students are consistently provided with greater opportunity to learn,” Schmidt says. “Students who are exposed to higher-level math have a better ability to apply it to addressing real-world situations of contemporary adult life. Now we know just how important content inequality is.”

The study examined test results for 300,000 teens ages 15 and 16 across the United States and 61 other countries combined. The performance gap finding for U.S. schools and the relationship between learning opportunities and student outcomes ran similar to most other countries, including Mexico, South Korea and Japan.

Specifically, a family’s socioeconomic status had a statistically significant relationship with student achievement in 57 of the 62 countries in the study. Meanwhile, curriculum and learning opportunities were significant in all 62 countries except for Sweden.

“This is a cross-country phenomenon, one not restricted to the United States,” wrote the study’s authors. “The most affluent students generally receive more rigorous opportunities to learn important mathematics.”

The Programme for International Student Assessment gauges math, science and reading literacy. It includes measures of cross-curricular competencies such as collaborative problem-solving.

The annual exam focuses on one individual discipline at a time and rotates each year so that competencies in each subject are tested every three years. The exam emphasizes functional skills that students have — or have not — acquired as they near the end of compulsory schooling. In the United States, the test is conducted by the National Center for Education Statistics.

According to the Michigan State study, unequal access to rigorous math content at U.S. schools accounted for about 37 percent of the social class-related gap in teen performance on the math literacy test. The other 63 percent was tied directly to students’ family and community background.

Interestingly, unequal learning opportunities between upper- and low-income students in Mexico contributed to only 25 percent of the social class-related gap in student performance on the math exam. In Japan, it was 43 percent, and in South Korea, 56 percent.

“In the United States, there is considerable public attention on the problem of ‘failing’ schools [with] high poverty and a large proportion of minority students,” the authors wrote. “[This] is likely related to the pattern of U.S. residential segregation by wealth. But in many [other] countries, inequality between schools is a product of educational policy rather than housing patterns. Many nations have a longstanding tradition of segmenting students into vocational and preparatory institutions, with a recent recognition that affluent students are more likely to be routed into rigorous schools.”

Other co-authors of the study are Dr. Nathan Burroughs, a senior research associate at Michigan State’s Center for the Study of Curriculum; Dr. Richard Houang, director of research at the Michigan State center; and Pablo Zoido, an analyst at the Organisation for Economic Co-operation and Development, an intergovernmental coalition of industrialized nations.