Emory, 13 Others Bring List of American Talent Initiative Members to 100

The American Talent Initiative (ATI), a Bloomberg Philanthropies initiative led by the Aspen Institute’s College Excellence Program and Ithaka S+R, has pushed forward in its goal to enroll 50,000 more high-achieving, low- and moderate-income students at educational institutions by 2025.

Earlier this week, Emory University announced that it is among the newest wave of institutions to join ATI, pushing the number of member institutions to 100. Member schools now include 17 state flagship universities, every Ivy League institution and other private colleges. 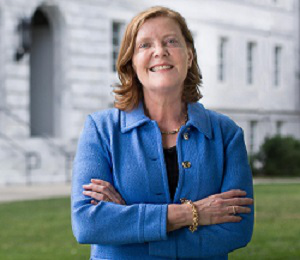 “ATI is an organization whose mission and purpose, in terms of access and affordability, just aligns perfectly with the way that Emory approaches need-based aid,” said John Leach, assistant vice provost and director of university financial aid at Emory. “The common purpose that we share with ATI is something that has been a part of our DNA as an institution for quite a while.”

With 20 percent of students receiving Pell grants at Emory, a private research institution in Atlanta, the university meets the full demonstrated need for undergraduate students at its colleges through grants, work-study and subsidized loans.

The “Emory Advantage” – an 11-year program for students coming from families with an income below $50,000 – is meant to either reduce or fully eliminate student debt. Students in the program have their subsidized loan component replaced with grants, Leach said.

And for students from families with incomes between $50,000 and $100,000, Emory places a cap on the amount of loans that the student can accumulate. “Once that cap is reached, every other dollar of subsidized loan that would have been awarded gets replaced with grant,” Leach said.

“This commitment has long been a hallmark of our community’s shared work,” Sterk said. “Partnering with ATI offers the perfect alignment of our shared principles, and I look forward to continuing to provide these exceptionally high-achieving students with an outstanding educational experience.”

The next steps for Emory will include working with ATI on initiatives that will increase persistence to graduation for low- and moderate-income students and that will sustain existing efforts to lower student debt levels.

“Keeping a lid on student debt really is an institutional good, but it’s a state, regional and national good ,as well,” Leach said.

“Low-income students have one huge thing in common, and that is that it’s hard for them to afford to go to college,” Wyner said. “We as a society need to support them, and that includes the federal government, state governments and the colleges and universities themselves.”

Ricky Taulker, a junior and electrical and computer engineering major at Ohio State University – another ATI institution – said efforts like ATI have given him the opportunity to afford and go to school.

“Being here with all of the opportunities for different projects and groups and extracurricular activities, classes and networking … all of that has been made possible because I was able to go to school,” he said. “It’s really altered the course of my career and my educational path.”

Describing his experience at OSU as “absolutely phenomenal,” Taulker added that many people in America and around the world “with an amazing amount of talent” do not have access to or cannot afford higher education, preventing them from honing their skills and talents.

ATI’s commitment to attract and enroll more high-achieving students allows “people of a different socioeconomic status to really find themselves and flourish in programs that they normally would, but they’re generally barred from because of financial burdens and financial issues,” Taulker said.

ATI’s institutional cohort reached the 100-member threshold in a little over a year. Member institutions must have a six-year graduation rate of 70 percent or higher. Currently, 290 colleges and universities achieve that benchmark.

“Reaching this milestone in just over a year shows that a critical mass of selective colleges and universities across the country recognize that expanding opportunity for talented lower-income students needs to be a priority – alongside their goals for racial, ethnic and other kinds of diversity,” said Martin Kurzweil, director of the Educational Transformation Program at Ithaka S+R. “In practical terms, this means 100 institutions are setting their own talent goals, giving ATI a much better chance of reaching our collective 50,000-student goal. All recognize that setting these goals is only the first step, and that they are more likely to achieve them by working together.”