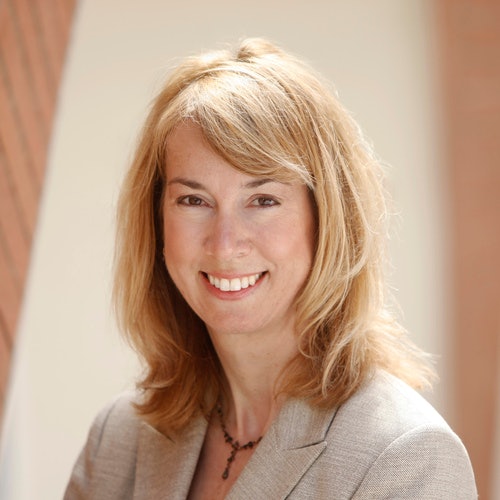 Dr. Adrianna Kezar, Dean’s Professor of Leadership and Wilbur-Kieffer Professor of Higher Education at the University of Southern CaliforniaDr. Dusten Crichton remembers sitting down as an undergraduate at the University of Kansas with the director of financial aid to fill out a paper copy of the FAFSA. Crichton grew up as an orphan and a ward of the court. Simply figuring out in that office that he could leave blank the form's line that asked for his parents’ income made a difference.

“From then on, every time I had to do the FAFSA, it was the same thing,” said Crichton about meeting with the director. “He would sit down with me and make sure that I did the paperwork right to get the maximum aid that I could. If you were to talk to the people at TLC, you would find that they also had people like that.”

Today, Crichton directs the Thompson Learning Community, or TLC, at the University of Nebraska’s campus in Omaha. The program supports low-income students, many of whom are first-generation students and people of color.

In a six-year longitudinal study, researchers at the University of Southern California (USC) Rossier School of Education looked at the Thompson Scholars Learning Community (TSLC) across the University of Nebraska's three campuses to find out what worked and what didn’t in a comprehensive college transition program (CTP). Crichton's program was one of those studied.

USC’s Pullias Center for Higher Education conducted the research and prepared seven reports on the findings as well as how other institutions could apply the learnings. Researchers defined student success through such measures as academic self-efficacy and a sense of belonging.

Among the findings were that proactive advising strengthens students’ academic self-efficacy and that supporting students requires tailoring services to students' complex individual needs. In addition, the researchers discovered that being part of a comprehensive college transition program can increase students’ feeling of mattering.

“We found that students in our study succeeded because they were able to create a meaningful and trusting relationship with another human being on campus,” said Dr. Adrianna Kezar, one of the study’s lead authors and the Dean’s Professor of Leadership and Wilbur-Kieffer Professor of Higher Education at USC. “And that person was able to connect them to a variety of supports to help build their confidence in ways that technology does not. A lot of what we found was more human than data.”

To Kezar, who is also director of the Pullias Center at USC, this poses a counternarrative in college support programming trends.

“We’ve come to over-rely on tech and data as the solution in the student success movement to support students who traditionally have not done well in higher education,” said Kezar.

But the study’s idea of an “ecology of validation” spoke to an alternative approach.

“Students in the program had similar experiences regardless of their identity. Whether they were Pell recipients or lower middle class, for example. That was a big surprise,” said Dr. Ronald Hallett, one of the study’s researchers and a professor of organizational leadership at the University of La Verne. “What is it that they’re doing that’s different? That’s when we noticed ecological validation.”

To explain this ecology, Kezar stressed the importance of not making students “feel dumb” for asking questions and not assuming they understand how to navigate the bureaucratic intricacies of higher education.

“We’re still approaching support like a widget that we can add, then add this other thing. We put in a food pantry. And that’s not bad to do, but that is not going to solve the problem,” said Kezar. “If I still don’t feel like I belong, then a food pantry won’t be enough. Everyone is well-meaning, yet they don’t always know what comprehensive support looks like.”

The research team’s work is called the Promoting At-Promise Student Success (PASS) project. PASS used a mixed methods approach, gathering qualitative data through interviews with TSLC students, staff, and teachers, as well as documents and program observations. Quantitative data came from surveys of students, both TSLC participants and students with similar backgrounds who were not in TSLC, as well as university records.

To the researchers, teaching staff and faculty in new ways helps to create effective programs.

“How do we make students feel like we care? That has to do with creating a culture of care, which connects to how we train our staff and faculty,” added Kezar. “How do we build the capacities of our faculty and staff so that they work differently with students’ unique needs?”

The next study with PASS will grapple more with those questions at the University of Nebraska campuses.

“We found in the first study that it’s not necessarily what you do but how you do it. That the way we go about all these different programs really matters,” said Dr. Zoe Corwin, a research professor at USC who is leading this second study with Hallett. “So, our new research will go deeper into the nuances of how students experience student life. We’re going beyond the TSLC program to see how we bring this culture of ecological validation to the institutional level.”

One of the study’s aspects will be running professional learning communities, or opportunities for administrators and faculty to network across departments to better support students as well as learn from each other.

Thinking back on his time as a student, those networks were key to Crichton's success.

“A lot of it comes down to the relationships we build on both sides: the relationships with the students as well as with the partnerships on campus," said Crichton. "Then we know that we can pick up the phone or help a student send an email to someone in financial aid to get the help they need.”

Like a lot of his colleagues, Crichton sees his experiences as central to understanding student needs today.

“The people we have working in our office all can somehow identify as the students we’re working with,” he said. “They were those students: low-income, first-gen students from underrepresented backgrounds. We all feel like we had those moments where we couldn’t figure out how to navigate the institution. And we found people at the institution who could help us. That’s why we do this work. Because we realize how important it is.”