Seven graduate students from across the country were recently named recipients of the 2019 K. Patricia Cross Future Leaders Award by the Association of American Colleges and Universities (AAC&U).

The K. Patricia Cross Future Leaders Award honors graduate students who display qualities as future leaders of higher education by showing their commitment to academic and civic responsibility in themselves and in others, and whose research and work show a strong emphasis on learning and instructing, according to an AAC&U release.

The award is named after Dr. K. Patricia Cross, a professor emerita of higher education at the University of California-Berkeley. 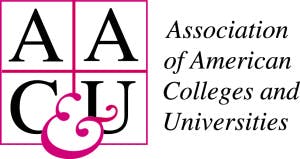 “This year’s scholars are serious and published researchers, award-winning teachers, campus leaders, and catalysts for campus/community involvement,” Cross said. “Their stories are amazingly diverse . . . and, taken together . . . give us a vision of an American higher education that will serve our increasingly complex society.”