It’s easy to spot Marcia Newby, a member of the University of Georgia women’s gymnastics team, a powerhouse that has won five national championships in the last six seasons. She has the biggest and heaviest book bag.

“I carry all my books around just in case I have 15 or 20 extra minutes. I can start studying in that time frame,” says the 22-year-old senior biological science major.

In addition to competing in gymnastics and sustaining a 3.9 cumulative grade-point average in premed studies, Newby served as co-president of the student-athlete advisory committee (SAAC), an organization that addresses issues affecting student-athletes. Newby is among a select group of student-athletes involved in helping UGA earn recertification from the NCAA. She was named to the Southeastern Conference (SEC) Community Service Team, among other honors for her community service, which includes coordinating food drives and volunteering at the Special Olympics.

For her accomplishments, Newby is named Diverse 2010 Arthur Ashe Jr. Female Sports Scholar of the Year.

“Marcia is far beyond her athletic achievements and accolades, which are numerous,” says Georgia gymnastics Head Coach Jay Clark. “She’s been exactly what you would want to define a student-athlete in the highest sense of that phrase.”

As a teenager, the Virginia Beach, Va., native’s talent earned her a spot on the U.S. national gymnastics team for three years and assignments to several international competitions. She won a gold medal with the U.S. team at the 2003 Pan-American Games and attended the U.S. Olympic trials in 2004. She took the experience she gained during those years and channeled it into college sports.

The daughter of a family practice physician and a nurse practitioner, Newby grew up knowing she wanted to pursue a career in medicine. During her freshman year at Georgia, several people indicated to her that it would be difficult to balance premed courses with an athletic career in arguably the country’s most high-profile collegiate women’s gymnastics program.

“If I set my mind to something, that’s what I’m going to do,” she says. “This is what my passion is and I knew I could keep my grades up because I have the work ethic and the determination to do it.”

That doesn’t mean it was easy. Whether it was juggling biology and chemistry courses her freshman year or preparing for the MCATs, which Newby took in January, she has made it all work and never let her stress show to her teammates. She’s soldiered on despite stress fractures in both shins that have hampered her gymnastics performances this year.

She’s also never taken her eyes off a bigger picture or her desire to share her good fortune with others. The gymnastics team doesn’t have full practices Wednesdays, so Newby uses the day to engage in community service, such as hospital visits or giving inspirational speeches to school children in Athens, Ga. She talks to disadvantaged kids about seeing beyond their surroundings, setting goals and working toward the future.

“I don’t want to be in school and only focus on myself,” she says. “No matter how busy I am, I’m sure I can find a few extra minutes to go to a hospital to visit people or go to the local schools to encourage students to keep pursuing their careers and their goals. I have a passion to help others. So no matter what I have to do to give that extra time, I’ll always somehow figure it out.”

Newby acknowledges she encountered some bias growing up in gymnastics, some of it racial but most of it surrounding her height. At 5-foot-7, she towers over other female gymnasts. She loves hearing from kids and their parents after a meet that she’s inspired them to give the sport a try.

“She’s an inspiration to a lot of people whom you classically wouldn’t look at their body types and say they would be a great gymnast,” says Clark.

After graduation this spring, Newby will first concentrate on her wedding to UGA alumnus Demiko Goodman. After relocating to Austin, Texas, she’ll focus on doing the research internship and hospital study required to earn her bachelor’s degree. Then she’ll send out her medical school applications. She has not yet decided on a specific area of medicine.

“People will give you excuses every day,” says Newby of the standards she sets for herself. “What you do shapes how you excel.” 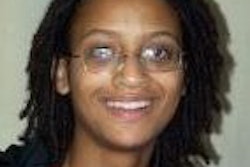 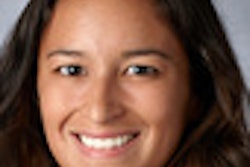 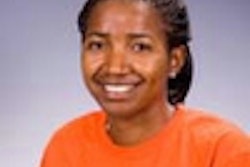