In a speech punctuated with laughter and applause, Dr. John E. Roueche said farewell Tuesday to attendees of the 34th annual National Institute for Staff and Organizational Development (NISOD) conference. NISOD is the outreach arm of the Community College Leadership Program (CCLP) at the University of Texas at Austin.

Roueche is retiring after 42 years of service as director of CCLP, widely regarded as the premier training ground for community college presidents in the U.S. — and the most diverse graduate program of its kind. He will become president of the new Roueche Graduate Center at National American University as of July 1.

Following Roueche’s speech at the closing luncheon for this year’s NISOD conference, Frank Matthews, co-founder of Diverse: Issues in Higher Education, presented Roueche with the inaugural Diverse Champions Award.  The award follows a tribute to Roueche in the May 10 issue of the magazine.

Of the more than 500 CCLP graduates produced during Roueche’s time at the helm, more than 60 percent are women and people of color.  CCLP graduates are among a who’s who in the community college world. Through them, Roueche has affected the direction of higher education, education leaders said.

In her introduction of Roueche before he received the award, Dr. Jerry Sue Thornton, president of Cuyahoga Community College, described him as “the ultimate professor, lecturer, orator and friend.” She cited his many professional accomplishments — from the 34 books he has written to the 150 chapters and articles to his new book with his wife Suanne, Rising to the Challenge.

In recent interviews concerning Roueche, she said she’s been asked what makes him special. “What’s the magic? It’s really and truly that he has a human connection with people,” she concluded.

Several former students were in the audience as Roueche, a natural storyteller, discussed the importance of enlisting all staff, not just faculty, in creating a positive and welcoming climate at community colleges.  Support staff, from the people who answer the phones to security guards, create the first impression of a college, he said.

The audience laughed when he related an incident with a telephone operator at a large urban community college. The woman answered the phone brusquely with one word: “college.”

On a positive note, Roueche cited the example of a cafeteria director who required staff to learn the names of all the college’s students. The director wanted the cafeteria to be a “place where the students felt welcome,” Roueche said, adding that students received quite a bit of unofficial mentoring in the cafeteria.

For community college students, many of whom are first-generation students, the environment makes the difference. Roueche, who comes from a working-class background in the little town of Statesville, N.C., knows this from personal experience. Dr. Louis Brown, his history professor at Mitchell Community College, was his teacher and mentor, he said. When Roueche thought he would have to quit college when he lost his job, Brown told him to stay in school and found him another job.

“He was a student development specialist,” Roueche explained.

Looking at the roomful of educators, he admonished them to follow Dr. Brown’s lead.  Tell your students, he said, “You are the reason that I’m here, and I submit to you that is the reason we should all be here.” 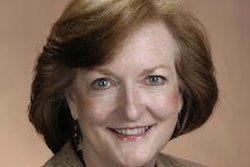 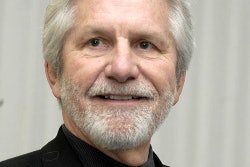 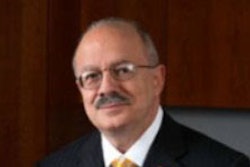 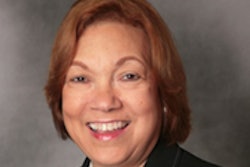