Title: Assistant Professor of Physics, University of Illinois at Urbana-Champaign

Dr. Nadya Mason is a woman of many talents. Examining the quantum behavior of nanotubes, long, thin cylinders of carbon, or how electrons behave in low-dimensional, correlated materials are only a few of them. Touted by Dr. Jeremiah D. Sullivan, the former head of the department of physics at the University of Illinois at Urbana-Champaign as an outstanding experimentalist of condensed matter, Mason is emerging as a leader in her field.

In her work with nanotubes, Mason has developed new fabrication techniques to control quantum properties of dots and wires. She discovered unusual correlated phases and developed ways of trying to control and understand these phases in her work with two-dimensional superconductors. For this sort of innovation, Mason was awarded one of the National Science Foundation’s prestigious CAREER Awards in 2006.

A wife, mother and master physicist, Mason dedicates innumerable hours to studying the critical matters of physics, both social and scientific. To her, the science of electrons is just as important as the availability of opportunity to study them. An opportunity, she insists, evades many underprivileged groups.

As a condensed matter experimentalist, Mason observes the particles inside materials that give them their specific properties or, as she candidly puts it, “I look at the physics of stuff. Think of the metal in a spoon, for instance. I wonder what about it makes it a good conductor of electricity or heat? What is it about the electrons in these materials that give them their special or unique properties?”

Mason’s fascination for math and science began at the age of nine in the form of puzzles and games and has remained with her ever since. During high school, her summers were spent in laboratories, captivated by scientific theories.

“I got a research opportunity working at a local biochemistry lab in Houston. It really helped me hone my skills in science. I really liked working with my hands, doing experiments and thinking about the way things interacted.”

An observer of interactions, Mason couldn’t help but notice the shortage of minorities who shared her physics fascination. Both as a Harvard undergraduate and a doctoral student, the lack of women and people of color in her field was often discouraging. She even questioned whether she could succeed in a field dominated by White males.

“Before you consciously realize it, you are looking for role models around you,” Mason says. “In college you look for people who look like you or act like you or share similar interests as you for affirmation that you are interested in a field where you will be supported and thrive, because others have come before you and thrived.”

Mason never really found a single mentor that guided her through the collegiate years, but was fortunate to have summer internships geared towards helping underrepresented minorities excel. Most notably was the summer Mason spent at Bell Laboratories.

“It was a group of young Hispanic and African-American scientists, and a lot of mentors around who really wanted us to succeed,” Mason recalls. “There was an expectation that we would do well. Although they were not continuous, having these punctuated, yet intense periods of support and mentorship made a difference.”

Prior to joining the physics faculty at UIUC in 2006, Mason was a junior fellow in the Society of Fellows at Harvard University, a three-year program reserved for persons of exceptional ability, originality and resourcefulness. There she researched projects related to both carbon nanotubes and nanostructured superconductors.

Being one of three women physicists of color at a top 50 research institution, Mason is working diligently to ensure that her scientific endeavors are both interesting and relevant.

“As a professor it is up to you to make sure that the work you do will lead to new knowledge and applications,” says Mason. “The number of women of color in physics is so small. I’m very aware of the importance of keeping visible [and] maintaining a high enough profile so that other young women can reach out to me, and I can reach out to them.” 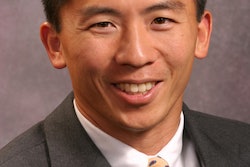