Dr. Stephon Alexander is as intricate as the quantum theories he works to demystify. Seduced by two activities so utterly engaging there is no escaping their allure, Alexander fills blackboards with mathematical equations by day and satiates the musical palate of jazz enthusiasts by night with melodies from his bass saxophone.

A theoretical physicist, Alexander deals with the science of ideas. He sheds light on the unknown and discovers new ways to test the seemingly impossible.

“I work on big problems,” Alexander says, explaining his most recent research endeavor. “I’m working on the dark energy and matter problem, the recent observation that most of the substance in our universe around us is invisible to the eyes.”

Alexander is also known for his work on String Theory, a theory that describes all particles as one-dimensional strings. Alexander’s scientific roots stem from his childhood in the Bronx, N.Y., where his father, Keith Alexander, worked as a computer technician. When Alexander was 12 years old, his father brought home a used computer. Alexander used it to play video games.

“Video games were primitive back then, so I taught myself how to program better games. The computer was a perfect laboratory for me to learn the process of exploration, analysis and discovery; how to realize an idea and try to make it a reality,” says Alexander. Eventually, Alexander’s curiosity about the composition of computers led him to the library. “I discovered the words ‘quantum mechanics.’ Although I was mystified by the equations, I was hooked,” Alexander says.

The Caribbean-born Alexander is trailblazing a path for other scientists of color. His accolades are extensive. Alexander recently received the CAREER Award from the National Science Foundation and was honored by the National Geographic Society as an “Emerging Explorer.” Alexander credits much of his success and perseverance to another African-American physicist, Dr. Sylvester James Gates, the John S. Toll Professor of Physics at the University of Maryland, College Park.

“When I met Jim Gates, I saw him on the blackboards doing physics at the highest level. Having that sort of role model is more powerful than anything. It is what has inspired me to persist and become a professor. I didn’t really have A f r i c a n - Ame r i c an p h y s i c s p r o f e s - sors,” says Alexander, who completed his undergraduate studies at Haverford College, where he now teaches.

From 1999 to 2004, only 62 Black males earned doctoral degrees in physics, according to 2005 data collected by the American Institute of Physics, and Alexander was one of them. The paucity of Black physics professors is an issue Alexander, who also teaches at The Pennsylvania State University, is eager to address. “One thing that I’m going to really try to do as a professor is attract the best young minds, including the best African-American minds into physics and provide a supportive environment so that they can do their very best.”

Last summer, while representing National Geographic at a physics conference, Alexander recorded with a local “trip-hop” band in Iceland. Currently a visiting professor at the California Institute of Technology in Pasadena, Alexander steals away to local jazz clubs when there is time.

“Music, especially jazz music, sharpens some of the same faculties used in analytical work. Music is a creative act. Science, especially doing theoretical work, is a creative act. The things that we’re working on, you can’t access or touch. And the things that we come up with, if we’re correct, their application is usually 50 years down the line,” says Alexander, noting that scientific theories of this magnitude require a formidable degree of imagination and creativity.

As a Black scientist, Alexander encountered resistance from non-Black peers who were more comfortable with his musical endeavors than his scientific ambitions. But Alexander refused to believe that physics was an area that academia reserved for the White and privileged.

Alexander worked diligently to succeed at his postgraduate endeavors earning a Ph.D. from Brown University and humbling a White professor who said Alexander was not Ivy League material. Alexander emphasizes the importance of persistence and self-identity to his students. He advises them to insert their own brand of originality and passion in their field.

“For me, doing physics is like playing jazz,” says Alexander. “When I do physics, no one does it the way that I do it. It is important for young people to realize that you don’t have to be someone else or speak a certain way to be a good physicist.” 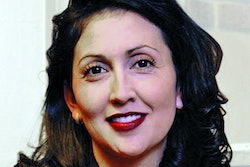