Words to Live By: “Science has to produce something useful. That’s the payback to society for support of the enterprise.” (Attributed to scientist Dr. Maurice Hilleman)

Chlamydia Trachomatis, a sexually transmitted bacteria, infects more than 4 million people each year in the United States. Most of the newly infected are women. While symptoms are rare in men, the consequences for women can be devastating. They include major damage to women’s reproductive organs, ectopic pregnancies and, in many instances, infertility.

Murthy, a physician, a research assistant professor of biology at the University of Texas at San Antonio and a member of the South Texas Center for Emerging Infectious Diseases, is waging war against chlamydia.

Under the guidance of his mentor, Dr. Bernard Arulanandam, Murthy has been leading a team of researchers seeking to develop a vaccine against the disease.

“He is very intuitive,” says Arulanandam of Murthy. “He’s very thoughtful, and he brings in a lot of his medical training. Very few folks have the joint Ph.D. and M.D.”

Murthy, a 34-year-old native of Bangalore, India, immigrated to the United States in 2001, two years after graduating from medical school in his hometown. His appetite for research was whetted during his two years at the National Institute of Mental Health and Neurosciences in India. Much of his work there involved using blood samples to investigate genetic ties to schizophrenia and bipolar disorder. That work also got him thinking about doing research in infectious diseases. But to become a researcher he knew he had to go back to school, so he set his sights on traveling to the United States for graduate degrees in biology.

“[America] is where the research is,” Murthy says.

Although he wasn’t sure what area he wanted to focus on when he first arrived in the U.S., Murthy soon met Arulanandam, who inspired him to work in chlamydia research.

Murthy says he doesn’t know when the vaccine will be ready. There’s no timeline, and a release date is probably a long way off. But he and his team have made considerable progress.

The progress is borne out by several experiments they’ve conducted in the past eight years. In each experiment, Murthy studied two groups of mice. One group was injected with a molecule that boosted their immune system and increased their resistance to Chlamydia. The other group received no immunizations. After a month, both groups were infected intravaginally with Chlamydia. Eighty days later, both groups were euthanized and autopsied. After studying the cadavers, Murthy says the team’s research may be on to something.

“We studied the oviducts and the ovary,” says Murthy. In the experiments, “the oviduct gets ballooned out because the tract is all messed up. In vaccinated animals we found that such problems were minimal.”

In another set of experiments, rather than euthanizing the female mice, Murthy had them mate with male mice infected with Chlamydia.

“That gives us an assessment of the consequences of chlamdyial infection,” he says. “We found that there was a significant reduction in infertility among those immunized.”

With all the experiments, he adds, the results are the same: Chlamydial infection, when left untreated for an extended period of time, significantly reduces the probability of child bearing for women.

Murthy is attracting a lot of attention.

Earlier this year, he received a $144,500 grant from the National Institutes of Allergy and Infectious Disease to develop new methods of attacking and preventing the side effects of chlamydia. Murthy and Arulanandam have also teamed up with Dr. Guangming Zhong, a scientist at the University of Texas Health Science Center, to secure the university’s first revenue-producing license to develop a vaccine against the disease.

Murthy is quick to point out that the vaccine does not make subjects immune to the disease in the same way as a flu or polio vaccine would. “The vaccine we have doesn’t prevent the infection,” he says. “But it accelerates clearance and reduces the infection duration by about half and efficiently reduces pathology.” 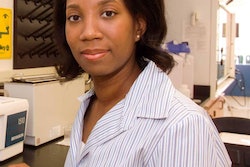