Words of wisdom/advice for new faculty members: “Research is useless when it's not available or comprehensible to a cross-section of professionals, paraprofessionals, and activists who work diligently to resolve societal challenges.”

Dr. Ivory A. Toldson wasn’t a proficient reader as a youth, but he recalls that he worked hard to strengthen this deficiency.

Toldson also began challenging stereotypes against Blacks and offering solutions to improve not only the Black community, but society as a whole.

Today, Toldson is a tenured professor at Howard University, as well as a researcher, lecturer, author, writer and editor on the achievements made in the Black community.

Known as a certified “myth buster,” Toldson has written and published hundreds of articles and has spoken about the state of education for Blacks in national media outlets.

One of his main projects is the “Breaking Barriers” series that focuses on high school Black males achieving academic success, which consists of four reports published beginning in 2008, with the fourth coming out this year.The reports analyze academic success through personal, social, environmental and school-related factors, highlight how the juvenile justice system intersects with the public school system, “(challenge) the status quo” in the school system and focus on college and career readiness.

Toldson also writes a “Show Me the Numbers” column on TheRoot.com in collaboration with The Journal of Negro Education, a quarterly publication at Howard University, of which he’s editor-in-chief. In a Nov. 30 column, Toldson wrote that 26 percent of Black students reported going through metal detectors at their schools versus 5 percent at White schools. Toldson raises pertinent questions: Should teachers receive multicultural training in tough learning environments; should administrators create incentives for teachers to become involved with students in extracurricular activities after school; and should school administrators provide specific measures to secure places not monitored by teachers, like restrooms?

Toldson also criticized some studies on how there are more Black men in prison than in college. His research shows 1.3 million Black men attend college annually throughout the country, as opposed to 840,000 in the prison system.

“We have to change the conversation (by) starting with an apology. We have to stop calling (Black men) ‘at-risk’ and a ‘dying breed,’” he says. “We are always looking for the most sensational stats and just running away (with them). We have to bring some balance to this conversation. If you are not offering any real solutions, then you are not helping these young Black males.”

Dr. Leslie Fenwick, the dean at Howard’s School of Education, recalls when some parents mentioned Toldson’s work at a college recruitment fair at a local church.

“That is when I knew his work is getting to the people,” she says. “We hear so much negativity about the Black community in the media and in research. Ivory interrupts this and brings critical research that is important for the African-American community.”

Toldson, a native of Baton Rouge, La., credits his mother for influencing him to respect and help others. It also didn’t hurt that both Toldson’s father and stepfather were professors at Southern University and Prairie View A&M University, respectively.

Toldson acknowledges it can be challenging to balance his work and spending quality time with his wife and daughter.

“I had a hyperactivity disorder as a kid, but now it is to my advantage where I can do a lot of things,” he says. “I just make the time for it.” 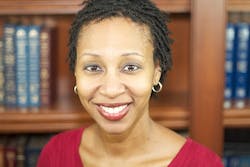 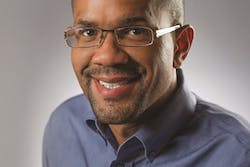 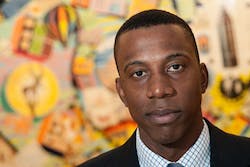 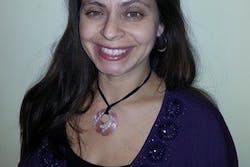