Words of Advice:  I would quote  my  uncle, who once told me, “Stick to your guns.” If you believe in your research, don’t be afraid to defend your ideas in the face of criticism and skepticism.

Dr. Julia Sun-Joo Lee has gotten used to the strange looks that sometimes greet her on the first day of class.

“My students may initially be surprised to see me in the classroom,” says Lee, who teaches African-American Literature at the University of Nevada, Las Vegas.

Lee, who is Korean American, earned her Ph.D. in English and American Language and Literature from Harvard University in 2008 and credits Dr. Henry Louis Gates, Jr. with piquing her interest in African-American and transatlantic literature.

“[Gates] is able to make history come alive,” Lee says of her famous mentor, who currently serves as the Alphonse Fletcher University Professor and founding director of Harvard’s Hutchins Center for African and African- American Research. “He is engaging and charming and has so much enthusiasm in the classroom.”
Growing up in Los Angeles, Lee developed a strong interest in race relations early on. “I think I always had a sense of racial consciousness.” Aft er the 1991 police beating of Rodney King, she watched as her parents — who immigrated to the U.S. from South Korea in the 1960s — struggled to protect their liquor store against wanton violence from the looters who took to the streets to protest the incident.

Coming from a mono-racial upbringing, Lee says that her parents quickly evolved and came to understand racial strife and tensions in this country. Desperate to return back West aft er earning her bachelor’s from Princeton University in 1998, Lee spent several years teaching 19th century British literature to high school students before she decided to pursue a graduate degree at Harvard.

“Part of me wanted to learn more,” Lee says of the reason why she decided to enroll in a doctoral program at Harvard. “I felt like I didn’t know enough and I always wanted to teach and pursue my own research.”
From 2008 until 2011, Lee was a visiting assistant professor of English at Loyola Marymount University where she taught a variety of courses ranging from fi rst-year composition to African-American literature. In 2010, Oxford University Press published Th e American Slave Narrative and the Victorian Novel, a book that has been praised for its detailed examination on the American slave narrative’s infl uence on the Victorian novel in the years between the British Abolition Act and t h e American Emancipation Proclamation. “Fresh and surefooted, Julia Sun-Joo Lee’s book does what no other book has done before: it presents the American slave narrative as a point of origin for English narratives of dissent, resistance, and freedom,” raved Gates in a strong endorsement of the text. “Th is is a welcome and, as Lee’s authoritative work shows, a well-founded change in critical orientation. Lee’s path-breaking book will transform the fi elds of Victorian, transatlantic, and African American studies.”
In 2011, Lee won a two-year postdoctoral fellowship at the University of Southern California and joined the faculty last year at the University of Nevada, Las Vegas — her fi rst tenure-track position since earning her doctoral degree.
Still, in her short time on campus, she has already made a tremendous contribution, says Dr. John Valery White, executive vice president and provost at UNLV.
“Dr. Lee is trilingual and is truly a profi cient emerging scholar who has pursued growth and excellence beyond boundaries,” says White.

Lee, who is currently working on a book about racial representations in the comedy series, “Our Gang,” says that her experience at UNLV has been rewarding thus far.

“Everyone here is brown,” Lee says of the institution where more than half of the students, according to university officials, self-identify as racial minorities. “White is the minority here.” In fact, Hispanic students make up the largest minority undergraduate student group at UNLV at 19 percent.

Many of Lee’s students are first-generation college students, who also hold down full-time jobs while pursuing their degree. They are surprised, she says, when she tells them of a time when many of the casinos did not allow African-Americans to gamble and where life in Las Vegas wasn’t much different from the Jim Crow of the South. 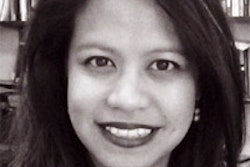