Words to live by: “Quoting author and Nobel Laureate Toni Morrison: “If there’s a book you want to read, but it hasn’t been written yet, then you must write it.”

Now in his second year as an assistant professor at Franklin & Marshall College, Dr. Mark Redondo Villegas is propelling students and colleagues to explore issues of race and identity.

The chair of American Studies, Dr. Carla Willard, refers to Villegas as a “dynamo presence,” who explores issues of racial groups and racial identity. “He tries to talk to people about the social construct of race,” says Willard. “That is a very challenging thing to do in a majority White institution where notions of race are assumed by the larger student body as something that you’re born with.”

Villegas teaches a variety of courses including “Hip Hop: The Global Politics of Culture”, “The Everyday Politics of Race: Food, Fashion, and Futurism”, “Introduction to Asian American Studies: War, Empire and Migration”, and “Gender and Race in Ethnic Studies Film.”

Students have responded enthusiastically to his courses, especially those who are interested in learning about their own origins.

“Certain students who take my classes want to know more about their own histories,” says Villegas. “I see my role in academia as jump-starting a conversation rather than the end-point of learning about refugees or learning about farm workers.”

As a scholar and researcher, Villegas is interested in exploring how hip hop exists in the world and the large role Filipino Americans have played in the music genre. As a graduate student, Villegas created documentary films focused on politics and the cultural production of Filipino and Filipino American hip hop performers. He later contributed to and co-edited the anthology Empire of Funk: Hip Hop and Representation in Filipina/o America.

“I’ve always been surrounded by hip hop. I’m personally embedded in this scene,” says Villegas, who moved multiple times growing up while his father served as a Navy steward.

“I’ve always been curious why in these cities — from Long Beach to Bremerton, Washington to Virginia Beach to Jacksonville, Florida — you have a large population of Filipino kids, and they’re all really good in hip hop,” he continues. “In the more contemporary times, I don’t think it’s as prevalent, but during the 80s, 90s and early 2000s, the Filipino kids dominated in these scenes and practices.”

Villegas says that he has long been committed to training a spotlight on this trend.

“My goal is to document this phenomenon and to give relevance to it in an intellectual scale,” he says. “I’m exploring and trying to figure out the contribution to new knowledge in understanding this colonial migration and out of that colonial migration this cultural expression blossoming.”

Willard refers to Villegas as a “public scholar” who has “brought a wonderful array of conversations to the campus and he’s developed some very creative courses,” says Willard, noting that his hip hop course has received an enthusiastic welcome. She says that, in this and other courses, Villegas uses historical and cultural materials, film and speakers to get students to understand history on a deeper level.

“Culture matters when it comes to politics,” says Villegas. “I’m having them observe and understand the controversies of the cultures in which they are embedded. I’m trying to introduce them to the fact that hip hop isn’t colorblind. Hip hop is immersed in color consciousness.”

Villegas says the idea of a Philippine nation free of colonialism is still forming and hip hop has been a way to reimagine spirituality, creativity and relationship with other people of color in similar circumstances.

“All of these different genres I’m observing, I’m trying to make an argument of the importance of hip hop providing a certain erased memory in reminding people of the Philippines and Filipinos’ relationship to colonization and war,” he says. 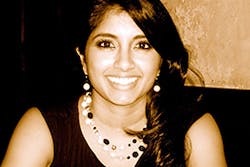 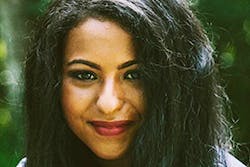 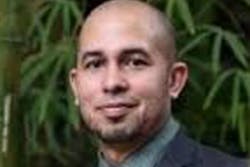 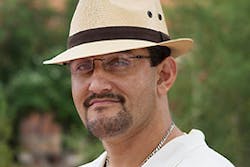