Words to live by: “Remember what you came here for, who you’re doing this work for … If you can keep that in mind and make it about the knowledge and the work and the liberation that you’re producing for others, you can kind of let the rest go, like water off a duck’s back.”

Dr. Rumya S. Putcha’s venture to the professoriate was a “series of happy accidents.”

The assistant professor of performance studies at Texas A&M University (TAMU) initially set out for law school until her undergraduate thesis based on her experiences as part of the immigrant Indian community – and being a dancer in that community – caught the eye of a professor in a separate department.

“That person reached out to me and said, ‘Hey, there’s a whole field that studies these sorts of identity formations. Would you want to talk about it?’ I said ‘Yeah,’ and the rest is sort of history,” Putcha says.

Having attended the University of Chicago for her bachelor’s degree and Ph.D., Putcha’s scholarship sits at the intersection of performance studies, ethnomusicology, critical race theory and gender and sexuality studies, with a particular focus on South Asia and the United States.

Much of her work aims to craft language and give voice to the experiences of “minoritarian” identities. It also comes out of recognition that behaviors are conditioned, including how individuals code switch in certain spaces, Putcha says.

“Performance studies does a really great job at understanding this idea that behavior and social life is performative – what we wear, how we talk – especially for those of us who have racialized positions in this country,” Putcha notes, adding that “racialized bodies are inherently sexualized.”

“To think about all of those things as interconnected and in need of a critical dismantling is how the various threads of my work go together,” she says.

Putcha’s first book Mythical Courtesan | Modern Wife: Feminist Praxis in Transnational South Asia explores the social and cultural role of the female performer in India, as well as the impact of fetishization and rape culture as a result of women’s depictions in South Asian media economies.

Her forthcoming book Namaste Nation: Commercial Yoga Industries and Neo- Orientalism in 21st Century America builds on the foundation of her first book, she says.

“What I didn’t realize is that one of the few spaces that my relationship to Indian womanhood is even potentially included or it can exist in a space where I don’t have to change it too dramatically was the commercial yoga industry,” says Putcha, a yoga practitioner, trained Indian classical dancer and professional soprano. However, she began to notice that upper-middle-class White women began to increasingly populate yoga spaces.

“There was this performance of culture and commodification of culture that was happening in these spaces,” Putcha says.

With Namaste Nation and all of her work, Putcha hopes that more resources will allow her to publish in easily accessible languages and mediums.

“I want my work to be available to people who are not able to get behind these [journal] paywalls, who don’t have institutional affiliations,” she says. “This is something that really matters to me because I would just be reproducing the same structures of power if I wrote about these things that are happening in the Global South and then only people who lived in the Global North could read about it.”

“She writes beautifully,” Donkor adds. “There is a gentle activism in her work.”

Putcha has presented at numerous professional conferences, secured $32,000 in grants and her research can be found in publications such as the Yearbook for Traditional Music, the Dance Research Journal and The Journal of South Asian Popular Culture.

Putcha’s academic journey has placed her in the classrooms of Earlham College and TAMU – places that “could not be more different,” she says.

Earlham students “activated me in new ways,” Putcha says, pointing out that many were socially engaged.

At TAMU, “it’s guiding students to talk about the difficult things,” she adds. “Many are not used to engaging in debate, but it is the very thing that they’re here to learn how to do.”

Putcha challenges students by taking current events that are trending on social media and turning them into discussions or assignments that require a critical race and gender lens so they “can see the way that not only the optics – for example the way that something is exposed through U.S. media – might also carry racist or sexist or colonialist undertones, but also learn how to see that language for what it is,” she says. 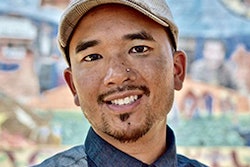 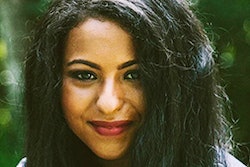 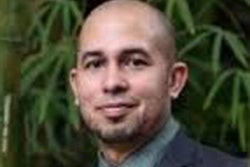 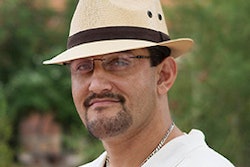