Title: George and Carol Milne Assistant Professor of Biology at University of Connecticut

Words of wisdom/advice for new faculty members: “Ask questions and then find your supportive environment. That’s the part that’s been helping me here, that support both in work and outside of work.”

An elementary school classroom activity called the “reading rainbow,” which highlighted the day in the life of various careers, sparked Dr. Maria Rosa’s desire to pursue marine biology. One of the books she had read focused on a female marine biologist who worked with sea turtles both inside and outside the lab.

In combination with her love of water and newfound knowledge, Rosa saw oceanography as an ideal career path.

“That kind of helped guide me in terms of seeing the different possibilities,” says Rosa, who is the George and Carol Milne assistant professor of biology at Connecticut College. “That it could be something that I really liked and then something that I was good at in terms of my imagination and asking questions and trying to answer the questions.”

Rosa attended the City College of New York for her undergraduate degree, where she studied biology.

As a first-generation college student, she was left with many unanswered questions and lacked some understanding about college life, such as the importance of attending office hours. Rosa spent a lot of her time saving for graduate school, which hurt her grades.

However, she received a paid research grant that allowed her to gain experience working in a lab.

“Having that support early on has been very helpful,” says Rosa. “Because those were challenges, not knowing where the support was, not knowing about all these fellowships that I never applied for because I didn’t know they existed, so that’s what’s made things harder for me.”

She went on to earn both her master’s degree and doctorate from Connecticut College. Upon graduating with her Ph.D., Rosa received a National Science Foundation postdoctoral fellowship in biology at the State University of New York (SUNY) Stonybrook.

During her fellowship, Rosa received the opportunity to teach several small classes and decided to take a one-year visitor position at Connecticut College.

Shortly after, she was put on the tenure track and named the George and Carol Milne Assistant Professor of Biology.

Through her research, Rosa seeks to learn the reasons behind animal behavior and what their constraints are.

“A lot of the work I did was trying to figure out the mechanisms,” she says. “They are doing this really cool thing, but they don’t have a brain, so how are they doing it?”

Rosa is also working with local coral, which has thrived despite other types of coral dying due to climate change.

“I think it’s a really interesting way to protect other species that are wonderful,” says Rosa. “Figuring out how one animal is thriving and how one organism is doing well, and can that be applied to a conservation effort to an animal that might not be doing so well? Maybe not, but it’s worth a look.”

Her career has taken Rosa to “unexpected places.” She has been able to conduct research in places such as Norway, Greece, Japan and Columbia.

“Even though all these places are very different and unique in their own ways, there was this kind of thread of commonality that I found surprising,” she says.

Rosa says that she wants her research to continue to evolve, grow and have a long career. 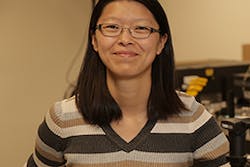 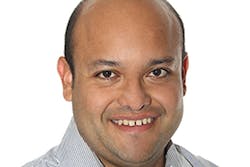 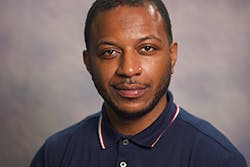 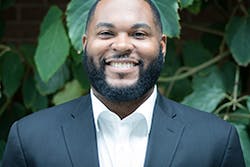