Jessica Rufcmaadmin (EDU)
Title: Assistant Professor, Department of Life and Environmental Sciences, Faculty Director of the Stable Isotope Ecosystem Laboratory, UC Merced
Age: 40
Education: B.A., double major in environmental studies & earth sciences, Dartmouth College,; Ph.D., earth science, University of California, Santa Cruz
Career mentors: Dr. Paul Koch, Dr. Marilyn Fogel, Dr. Susan Kidwell
Words of wisdom/advice for new faculty members: “Time and energy are finite resources; saying no to one thing provides an opportunity for something else. Teaching will always take as much time as you give it, but you can treat it as an experiment and improve with iterative revisions.”
Dr. Sora Kim never imagined she would one day spend months feeding captive leopard sharks in an underwater cage, nor did she imagine her office would one day be overflowing with fossilized shark teeth.

In fact, Kim, a tenure-track assistant professor of earth sciences at the University of California, Merced (UC Merced), didn’t even realize she enjoyed the outdoors until she was an undergraduate at Dartmouth College.

“[Being outdoors] wasn’t really something I grew up with,” says Kim. “In terms of being an Asian American, my family doesn’t really do hiking or camping or outdoors, but I somehow really enjoyed it.”

At Dartmouth, Kim visited a variety of U.S. national parks while participating in a two-month field study program. As she boated in the Chesapeake Bay and conducted geological mapping in Wyoming, Kim began to realize that research in the earth sciences was not only a feasible career path but one that someone with her background could embark on.

“Growing up, sort of similar to a lot of people with Asian immigrant parents, I only knew of being a medical doctor or a lawyer or a business person,” she says. “College really opened my eyes to different possibilities, and it was only in graduate school that I even really realized like, ‘Oh, I could be a professor, I could be that person helping to make these opportunities a reality for others.”

As a graduate student, Kim was amazed by what she could discover through stable isotope analysis — “which is as nerdy as it sounds,” she jokes. By analyzing the number of different isotopes left behind in fossils, scientists can learn various facts about an individual organism and what its life and environment were like.

“I thought it was so cool that these chemical signals are recorded in fossils and in sediments, and that they tell you something about ecology and the environment through time,” says Kim, who, for her senior dissertation, used a unique form of fossil record: shark teeth. That’s how she found herself spending three and a half years feeding captive leopard sharks.

Today, she continues to study sharks, seeking answers to far reaching questions about major climate change events in world history and about the evolutionary history and ecological plasticity of threatened shark species.

“A lot of my research is just trying to get a sense of how animals record environmental change within their tissues,” says Kim, who approaches her work by using techniques from multiple disciplines, including paleontology, ecology and biogeochemistry. She has authored more than 20 scholarly articles and has secured research funding from places such as NASA and the National Science Foundation.

“She’s a highly respected member of the scientific community,” says Dr. Teamrat Ghezzehei, a colleague of Kim. “Her research is exciting and she brings that excitement about her research everywhere,” especially in the classroom, he added.

According to Ghezzehei, Kim pays close attention to the different learning styles at UC Merced, which is a minority-serving campus of 60-70% first-generation undergraduate students.

"She’s not just good at science but she also makes science very accessible to a wide range of students,” he says, calling her the conscience of UC Merced’s Academic Senate Committee for Diversity & Equity (DE), for which Kim is a member. “She pushes the department and the university and she doesn’t shy away when she reminds us of doing the right things.”

In the classroom and with her students, Kim works to decode the “hidden curriculum” of academia, such as how to access certain scholarships or how to find mentorship, so underrepresented students aren’t navigating higher education alone.

She also intentionally brings discussions of diversity into the sciences.

It’s much more common to discuss [justice issues] in the social sciences and humanities,” she says. “But I think science has a serious reckoning to do in terms of diversity, equity and inclusion. And so I talk about who science is accessible for and how it’s not accessible for others.”

She makes a point to include representation in the primary literature she uses, often bringing in authors from a large swath of backgrounds to meet her students.

“I know that these are uncomfortable topics, and that maybe [students] would rather not talk about them,” Kim says. “But I think that that only perpetuates the situation, and that it’s important for us to unpack that within the scientific space.”
Read Next 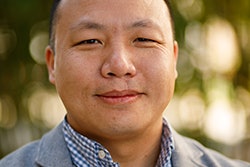 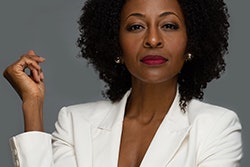 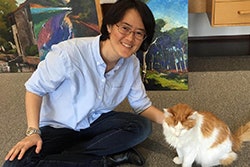 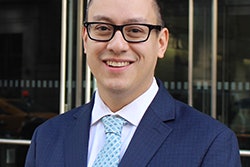