Although Dr. Niloufer Siddiqui has lived in the U.S. for the past two decades, Pakistan will always feel like home. “I grew up in a very Pakistani household and so being Pakistani was a central part of my identity,” says Siddiqui, a tenure-track assistant professor in the Department of Political Science at the University of Albany’s Rockefeller College of Public Affairs and Policy. Today she is emerging as a distinctive and leading voice on Pakistani politics — examining issues of political violence, religious tolerance, development and democracy.

After graduating from high school in Pakistan, she initially moved to the U.S. in the summer of 2001 to study writing and literature at Pennsylvania’s Haverford College. Just one month after she arrived, however, two planes struck the Twin Towers in New York City.

“As a Muslim and with parents living abroad, 9/11 obviously affected the way I approached my studies and the way I saw my role in this world. ... The years after 9/11 brought Pakistan to the limelight in a lot of ways,” she says, explaining that Pakistan’s proximity to Afghanistan, its position as a nuclear power and the presence of Osama Bin Laden in the country brought it under the scrutiny of Western media.

Completing a master’s in international relations from Johns Hopkins University, Siddiqui returned to Pakistan to work in the development sector. At the time, the U.S. had been sending aid to the country expecting that increased economic opportunities would decrease the likelihood of people feeling pressured to join insurgent groups in the region.

“[The work] was really interesting in a lot of ways,” she says. “To see the Western approach to the country — obviously lots of the topics that made their way into Western media were important, but, in the process, a lot of other important issues that were happening in the country were kind of left unexamined.”

Much of the West focused on Pakistan from an international perspective. What was missing, she realized, was a more local, on-the-ground view of issues relating to political violence, religious intolerance and political development. Today, her work is being lauded for providing precisely that missing perspective.

“Much prior research on Pakistan focused on political elites, but Professor Siddiqui is untangling the complicated relationship between the public and both military and civilian leadership in states like Pakistan that frequently encounter provocation from adversaries,” says Dr. Julie Novkov, interim dean of the University of Albany’s Rockefeller College of Public Affairs & Policy. Novkov calls Siddiqui “a remarkably productive” scholar, noting that she has already co-authored an edited volume, written six peer-reviewed articles and five book chapters.

One of Siddiqui’s 2020 articles, published in Conflict Management and Peace Science, won the journal’s best article prize for 2020 for exploring whether highlighting the national contributions of a marginalized religious group can increase tolerance for that group. Her current book manuscript, Under the Gun: Parties, Violence, and Democracy in Pakistan, is exploring how and why political parties employ violence. For the book, she’s conducted roughly 200 interviews with political party members, voters, law enforcement officials, journalists and civil society members. Fielding high quality public opinion research is one of her specialties.

“I firmly believe that once this book is published, it will change the way scholars think and write about Pakistan and its critical place in Southeast Asian politics,” writes Novkov, who anticipates it will be a major contribution to security studies.

Aside from research, Siddiqui has already been called a “mainstay” of the University of Albany’s graduate programs, mentoring master’s and doctoral students and teaching classes — such as political violence, South Asian politics and development in conflict settings — at both undergraduate and graduate levels.

When talking and teaching about Pakistan specifically, she’s careful to note that many of the problems facing the country aren’t exceptional or unique to Pakistan, but that they can be felt in countries around the world, including the U.S. For instance, teaching about fears and incidents of political violence during the last U.S. presidential election “brought the conversation home” to her students, she says.

“[Pakistan] is a good case study for a lot of the questions and issues that I see in many parts of the world,” says Siddiqui.

For her next research project, she is looking forward to exploring how misinformation in Pakistan is affecting the country’s politics.

“I do hope that the research that I’m doing allows us to put together policies that are informed,” says Siddiqui. “There are a lot of policies and work, whether it’s in development or otherwise, that are not always evidence based. So my hope is that my work can inform those interventions for future good.” 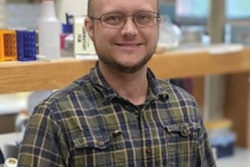 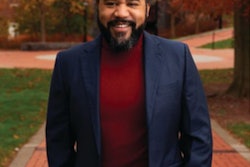 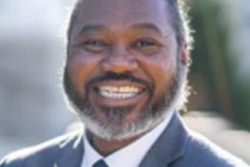 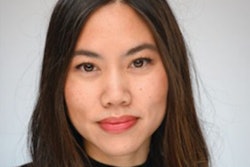