Exploring the Roots of Racial Bias

Words of wisdom/advice for new faculty members: “Align your time with your priorities and avoid saying ‘yes’ on the spot."

Dr. Miao Qian, assistant professor of psychology at University of Detroit Mercy, said her interest in psychology began with an introductory course as an undergraduate. During her master’s degree program, she said, she became interested in developmental psychology, “especially the fundamental question about how things develop from a young age.”

“I am very interested in the developmental roots for a lot of our societal problems, such as race bias or gender inequality,” said Qian. “When do our thoughts and beliefs around certain race groups or gender groups develop and why do we have stereotypical thinking about people who are different from us?”

Developmental psychology offers a wide range of tools to address those questions, Qian noted. Her research and teaching have benefitted from the biopsychosocial framework. She grew up in a homogeneous country, China, so now living in a heterogeneous environment heightens her experience and drive to investigate.

“In her studies of children, she’s been able to elevate the conversation about why people are prejudiced and where this comes from,” said Dr. Linda Haynes Slowik, professor and chair, department of psychology at University of Detroit Mercy. “She combines that with investigations into once we know how it’s done, how do we prevent that from happening?”

Qian’s research explores two fundamental issues: where racial biases come from and how to reduce them. In 2022, she co-authored the paper, “Young children form generalized attitudes based on a single encounter with an outgroup member.”

“The high level question in the paper is how to reduce children’s bias,” said Qian. “In my lab, we have been trying different approaches. We have tried an approach about positive interactions. This is rooted in the book The Nature of Prejudice by Dr. Gordon Allport in 1954. One of Allport’s arguments was premised on the need for positive, intergroup interactions.

“The question I am asking in my paper is whether young children by a single interaction with an outgroup member will reduce their biases toward the outgroup,” she added. “I am particularly interested in the type of bias that is hidden or unconscious.”

She explored how Chinese children feel about Black people and whether they have implicit bias. If yes, then try positive interaction. The researchers found even a short positive interaction with an outgroup member reduced biases. Something like playing a game with a common goal is a promising means of reducing bias. Qian is continuing this investigation in her lab, where she worked with two graduate students and five undergraduates in the fall semester.

“We used synchronized movements, like dancing or singing together as a way to increase our belonging and to break boundaries,” Qian said.

In the lab, Qian and her team developed an app that can be downloaded to a phone. It features a game that can identify children’s implicit biases. Another app was developed to get children to think differently about the people they see daily.

Real world application of her research is crucial to Qian. Her lab actively does community outreach to collaborate with schools and community partners like EmbraceRace, an organization that supports parents in raising children to be informed and thoughtful about race. She’s developing a virtual lab/online platform to give parents and children the experience of being involved in research and developing an online training program for how parents should talk to young children about race.

Qian also teaches undergraduate and graduate students, which she describes, along with mentoring, as rich experiences. She serves as program director for the undergraduate major in developmental psychology. Slowik anticipates Qian will take on a research mentor role with the doctoral students.

“What I hope to see is that some of our students go into research academic roles,” said Slowik. “I would like to see Miao’s research become more influential for future researchers, and also see practice and application elements emerge.”

The Benefits of Lived Experience 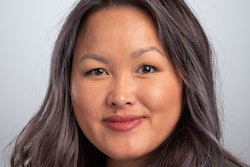 The Benefits of Lived Experience 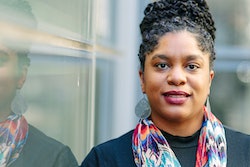 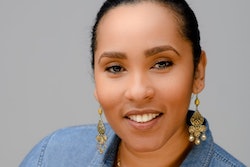 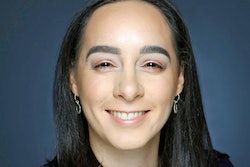