Making the transition from inner city public schools to a private, elite liberal arts college for an Afro-Latina, first generation college student might present major challenges for some. But Pamela Zabala has used her experiences as an undergraduate at Bowdoin College in Brunswick, Maine, to inform her research and scholarship as she pursues her Ph.D. in sociology at Duke University.

“Ultimately, I think my own experiences — feeling like I didn’t belong or fit in different spaces, as well as questions that I always had about race and identity, having been exposed to it from two different perspectives (the American and the Dominican) — all contributed to my choices in research topic and my pursuit of sociology as a field of study,” she says.

“The question of belonging and the question of identity are two things I have always paid attention to. I used my own campus as a kind of case study.”

During her four years at Bowdoin, several “racial bias incidents” occurred on campus in addition to police brutality incidents around the country. She says she wanted to explore why these occurrences kept happening time and time again.

With a bit of prodding, she points out that her senior research project at Bowdoin is now being used by some of her former professors. “Certain classes have put my work into the curriculum and I have a section in the college archives for my research papers,” Zabala says.

“Pamela takes time to work in the service of other causes, whether that means working with organizations … or contributing time and research to her own institution.,” says Dr. Paula D. McClain, dean of the graduate school and vice provost for graduate education at Duke University. “Rather than hoarding knowledge within the academy, she has made efforts to leverage her learning to contribute to efforts beyond her own advancement.”

While working on her own research, Zabala has found time to lead various campus projects and initiatives that served her fellow students, including one that led her to run focus groups for a project seeking to improve services for Black students on campus. She says that her report to administrators resulted in policy changes. She also worked on a similar project for Latinx students, which resulted in her being named the 2020 Latinx Graduate Student of the Year at Duke.

For her dissertation, Zabala is exploring the current migration of Dominican Americans from the Northeast to U.S. southern states. Her research so far has revealed economic and basic lifestyle reasons.

“They’re being pushed out,” Zabala asserts. “The cost of living and the lack of employment opportunities are cited as reasons for people looking for other places to settle and not being in a small apartment somewhere cold, but instead being somewhere warm and having more space.” For her own future, she is deciding where she plans to seek job opportunities after completing her Ph.D. “My heart is pulling me back to the Northeast and I would love to be in New England,” she says.

“Eventually, I would like to do research in the Caribbean,” she says, explaining that her dissertation was initially planned for the Caribbean, but due to Covid restrictions, she had to reframe the project.

“If anything, graduate school has taught me that everything is an ongoing process of figuring it out, and that’s where I am right now. I’m trying to figure out how I can not only be the best researcher I can be but the best educator I can be and knock down a few walls while I’m there. I’m figuring out the best institution that would foster all of that. 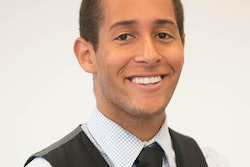 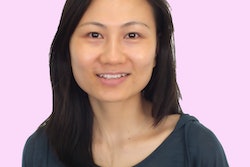 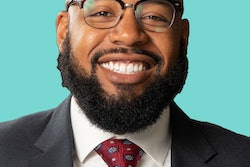 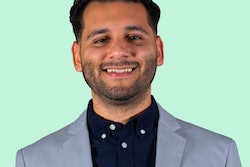