Study Hopes to Answer the Question Once and For All: Yes, Corequisite Support Works

For students who scored low on standardized tests or performed poorly in high school, many institutions use remedial, or prerequisite courses, to get them back on track. But the University System of Georgia (USG) and Complete College America (CCA), an advocacy group working to improve graduation rates and remove institutional gaps by restructuring educational policies, are hoping to change that with the results of their most recent study.

The results show that corequisite support improves course completion, retention, and graduation rates for all students, no matter their racial or socio-economic background. Students are particularly successful if they meet for at least two hours weekly with their college-level course instructor.

“Students don’t place themselves into their courses. Standardized tests don’t place them. Colleges do,” said Dr. Brandon Protas, strategy director for CCA.  “We see corequisite as an equity strategy, built off of systems that are inequitable.”

In remedial or prerequisite courses, a student must complete non-credit, beginner courses before moving into a college-level class. This disproportionately impacts Black and Latinx students and can be wasteful of a student’s time and financial aid. Remedial courses can also be demoralizing for the student, causing them to disconnect with the institution and eventually withdraw, according to Protas.

Corequisite support, said Protas, is asset-based, not test-based. It stipulates students are immediately placed into a college-level, credit-bearing course, accompanied by a support course where students meet with an instructor for one to three hours a week. This helps them conquer new subjects and prepare them for tackling the next.

“How do we really know you can’t do fractions, because you couldn’t do it on one test at one time?” asked Protas. “The things you brought with you mean you don’t have to start at basic. Corequisite recognizes what you actually bring.”

USG allowed all 26 of their schools to decide for themselves the best way to apply corequisite courses to their institutions. After all, USG’s schools run the gamut, from large to small, from rural to urban, from two-year programs to four-year research-one institutions, from historically Black colleges and universities (HBCUs) to minority-serving institutions (MSIs) and Hispanic-serving institutions (HSIs).

Based on the decisions each school made, CCA and USG were able to analyze the course design that improved student performance. In English courses, students faired best when their classes were composed of only corequisite students, led by the same instructor, and their support class ran for at least two hours weekly. In math courses, results were similar to English, with students performing best with more than 2 hours of support each week and under the same instructor.

Overall, no matter how the course was implemented on campus, corequisite support improved completion rates for all students.

In 2017, USG presented data to its institutions that proved the success of corequisite courses implemented elsewhere and proved the necessity of the change by sharing data collected on USG students, said Dr. Tristan Denley, executive vice chancellor for academic affairs and chief academic officer at USG

“What we were able to show to campuses was that it didn’t matter what preparation the student had [before coming to college] or where they landed on the ACT, SAT, or GPA. They were much, much more likely to be successful in corequisite courses,” said Denley. “It was helpful for campuses to be able to see they could advantage their students the best with corequisite. We got an awful lot of buy-in.”

“This is transformative,” said Denley. “All of our graduation rates are at record levels. Given that we’ve only been doing [corequisite] for a short period of time, we anticipate out six-year graduation rates will also move.”

Denley encourages other institutions to follow in their footsteps and employ corequisite education in any way they can, so that their students have the opportunity to experience these successes.

“In 2017, there was still a case to be made, evidence to be gathered that corequisite was a really effective success strategy, and that it could work for students in an equitable way,” said Denley. “I believe the data we have completely settles that question.” 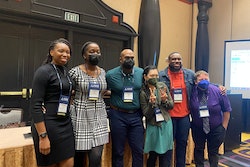 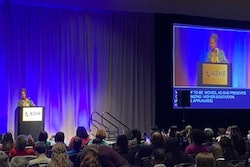 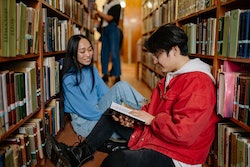 How Pedagogy is Helping Students Feel Like They Belong 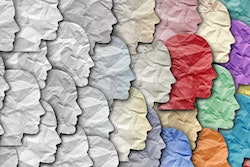