When one thinks of Asian Americans, for most people what comes to mind are well-educated, high-income earners; overachievers; and hard workers whose children are destined for spots at elite Ivy League schools.

But this model minority perception is just that: a perception. It also overlooks one big issue: Asian Americans are far from homogenous. 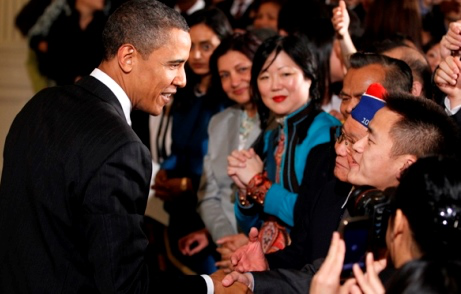 ­The AAPI community, one of the nation’s fastest-growing minority groups, gets a lot of plaudits for remarkable achievements in the academy and elsewhere — and that’s not always a good thing.

“­The high level of educational attainment among some AAPI groups has overshadowed the needs in some groups,” Yoo says, adding that, until relatively recently, there was very little data on individual Asian American groups and Pacific Islanders.

“Asian Americans weren’t allowed to self-identify on the census until 1990. My parents had to identify as ‘other,’” she says, adding that this lack of disaggregated data over the years made it hard to understand the needs of some of these communities.

Adds Dr. Julie Park, an assistant professor of education at the University of Maryland, College Park: “­The AAPI group is misunderstood. Almost half of our students attend community college. So it is incredibly diverse. It is important for educators to understand where students are coming from and how best … to serve them.”

The threshold is 10 percent of student enrollment. Approximately 150 schools now have such designations, a number that is expected to rise.

But even schools that are not designated AANAPISI-serving institutions are working hard to make their campuses more inclusive in every sphere — from the classroom to residential life.

The University of Wisconsin–Madison, which enrolls hundreds of students of Southeast Asian descent, has a growing Asian American Studies Program and has one of a few Hmong studies programs in the country.

Dr. Joshua Moon Johnson, assistant dean of students and director of the Multicultural Student Center at the University of Wisconsin, says his office offers a lot of student life programming aimed at all students of color, such as helping them adjust to a new community and developing skills to confront racism in the classroom, in the residence halls and in the city.

He says the Hmong American Student Association is one of the largest groups on campus and that his office works closely with the group by providing training for the student leaders, office space for meetings, and funds to host events and marketing for their initiatives.

Johnson, who came to Madison less than a year ago from the University of California system, says that, unlike many other institutions, the University of Wisconsin makes distinctions among Asian students, particularly those of Southeast Asian descent.

He says that one of the challenges faced by many Asian American students at predominantly White institutions (PWIs) is a feeling of a lack of inclusiveness. This can be particularly true for students of Southeast Asian extraction.

“There are micro-aggressive and micro-invalidating aspects to this. There is the idea of tokenism and a feeling that they are being stereotyped. Most of the faculty are White and most can’t tell the difference among Asians and assume they don’t need any help. Many of the chief diversity officers across the country neglect the fact that Asian American students encounter racial issues. Much of the focus is on Black and Latino.”

Bao Nhia Moua, a native of St. Paul, Minnesota, and a senior majoring in social welfare who graduates in May, says her first year at the University of Wisconsin was particularly difficult for her.

“When I came [I] felt some tension between myself and the White students,” she says. “I felt people would give me stares or give me looks. So I ended up hanging out on another floor called the multicultural community.”

At the end of her freshman year, Moua says, she strongly considered transferring because she didn’t feel welcome. One of her older sisters encouraged her to stay. In her sophomore year, Moua says, she landed a job at the multicultural affairs office that enabled her to build relationships with other students of color and have open discussions about race and identity.

She applauds the university for creating more forums for students to have conversations about race and diversity, but says it needs to do more to ensure that more students of color are included in these forums and lead them.

But even as more universities start paying closer attention to issues confronting Southeast Asian and Pacific Islander students, Dr. Robert Teranishi, who holds the Morgan and Helen Chu Endowed Chair in Asian American Studies at UCLA, says institutions of higher learning will do well to focus on other emerging Asian American groups.

“We still have challenges of high rates of Asians coming in as refugees, but they are coming from Burma, Nepal and Bhutan,” he says. “We always have to be vigilant about knowing who these folks are and how those of us in education can adapt and more quickly respond to the needs of these folks.

“When it comes to immigration policy, often the focus is on Latinos, but immigration policy disproportionately affects Asians because of the high foreign-born population and because they are coming to the U.S. under so many different policies, including worker policies, family reunification and refugees. The question is, how do we create a system that can accommodate a diverse system of immigrant groups?”

Only when that question is sufficiently answered, Teranishi says, will the needs of these groups be more effectively addressed.

“It’s very complicated to tease out issues in the community,” he says. “In community colleges we are seeing high rates of financial vulnerability, students working multiple jobs, sometimes more than 40 hours a week and juggling other responsibilities in the home. It’s hurting their ability to make economic progress and get the degrees.”