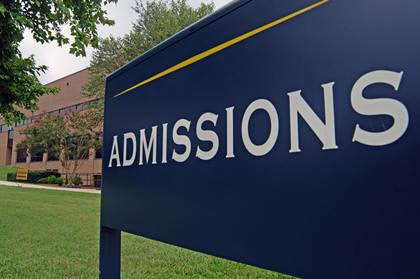 Gaining admissions to the nation’s most elite colleges and universities is an ever-more competitive endeavor, with a tiny fraction of places available for the tens of thousands who apply. This spring, Harvard admitted 2,037 applicants from a pool of 39,041 to the class of 2020. At Stanford, 2,063 students were admitted from the applicant pool of 43,997.

The consideration of an applicant’s race still plays a part in the admissions process at many of the nation’s most selective colleges and universities, many of which want to build a racially and ethnically diverse class. Affirmative action policies, which have come under fire over the decades, also scored a win in the recent Supreme Court decision in Fisher v. the University of Texas at Austin case. While the Fisher case applies primarily UT Austin’s unique holistic review practices, it gives other institutions a yardstick by which to measure their own holistic review practices.

Not all Asian American advocacy groups embrace affirmative action, however, as evidenced by a series of lawsuits filed against universities alleging discrimination against Asian Americans. A number of Asian American coalitions have filed complaints with the U.S. Department of Justice and Department of Education, asking them to investigate the admissions practices at elite institutions to see if anti-Asian American bias is at play.

While Kaplan did not weigh in on the strength of these complaints and lawsuits, he said that, among the families he works with, there is the sense that the stakes keep rising in the college application process. “What we try to do is offer families a way to differentiate their child so they don’t feel like they’re being compared solely against other high-performing Asian American applicants,” he said.

Kaplan’s message for prospective applicants is a relatively straightforward one: identify what you are passionate about and cultivate that. Students can differentiate themselves from the rest of the crowd by focusing their energies in a particular area where they have the best chance of excelling.

This message, Kaplan adds, may seem counterintuitive to some Asian American families, particularly those that are first generation to the United States. In China, college admissions is a very linear process: selection is based on a national entrance exam. While the SAT or ACT, combined with the high school GPA, effectively act as a proxy for an entrance exam at most colleges and universities, acing them is the only element of what admissions counselors want to see, Kaplan said.

Selective colleges often say they want “well-rounded” individuals in addition to good SAT scores and GPA. Yet being too well-rounded can actually be counter-productive, Kaplan warns. Hearing the call to help their children be more well-rounded, he says that parents sometimes encourage their children to pile on the extracurricular activities: volunteering, play sports, taking classes during the summer and starting SAT prep in their freshman year of high school. Taken too far, this can lead to burnout, Kaplan warned. Even if it does not lead to burnout, engaging in too many activities can infringe upon a student’s ability to truly shine in areas where they have natural talent.

“We’re trying to take the conversation away from being really well-rounded and checking every box in the application process,” Kaplan said. “There are too many applicants applying that are trying to do a little of everything. We encourage people to do what they’re really passionate about and excel in it.”

Kaplan suggests that prospective students and their families consider the admissions process from an admissions counselor’s perspective. Admissions counselors at the elite schools want to create a class that is not only racially and ethnically diverse, but also one with diverse talents. A student should be able to excel in sports, the school orchestra or in the performing arts, but does not necessarily have to be highly talented in multiple extracurricular areas.