During the early days of World War II, Aiko Herzig-Yoshinaga was a Los Angeles high school student counting the days until the prom when the U.S. government forced her family and tens of thousands of other Japanese-Americans from their homes and incarcerated them at remote camps. She was herded from one rudimentary camp to another in a series of moves throughout the war. Afterward, she moved to New York City and started over. 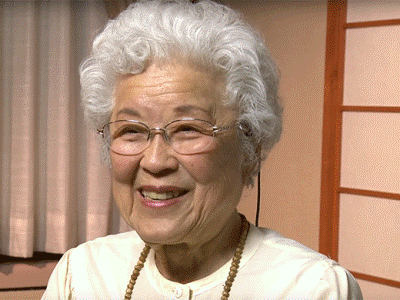 Aiko Herzig-Yoshinaga’s diligent and meticulous collection of documents provided indisputable evidence in concluding that the wartime, anti-Japanese-American actions were racist and unnecessary.

By the time President Ronald Reagan signed legislation in 1988 formally apologizing to each of the surviving Japanese-Americans, Herzig-Yoshinaga had played an integral role in the activist movement demanding redress. Without her contributions, the government might not have ever admitted the injustices and how racism fueled its wartime decision-making.

Today, the University of California, Los Angeles is celebrating the recent release of Herzig-Yoshinaga’s collection of personal papers. Now, educators and the general public can view documents and legal memoranda retrieved during Herzig-Yoshinaga’s years of research and gathering evidence proving that the mass incarceration was unnecessary.

Herzig-Yoshinaga’s unexpected, activist journey began after the war when, as a single mother, she became a clerical worker in order to support her three children. The job led her to become well-versed with bureaucracy, documentation and nomenclature. Rarely did she think about, much less speak of, the trauma endured at the camps. She had watched her father die at a camp, and she had given birth to her first child while incarcerated, feeling helpless whenever the baby got sick from squalid conditions and shortage of nutrition.

In the 1960s, however, she waded into political activism by joining a group of other Nisei — Japanese-Americans whose parents were immigrants — who were protesting the Vietnam War and calling for its end.

The following decade, she married Jack Herzig, and the couple moved to Washington, D.C. To her shock and dismay, Jack Herzig had never heard of the mass incarceration of Japanese-Americans, despite serving as an Army combat paratrooper during the war. This underscored for Herzig-Yoshinaga how the U.S. government’s sorry treatment of Japanese-Americans was largely unknown among the rest of the American public.

Because of their close proximity to the National Archives and Records Administration, Herzig-Yoshinaga began spending day after day digging up documents connected to her family’s forced removal and confinement at the camps.

With the encouragement of a friend who had published a book about the ordeal, Herzig-Yoshinaga expanded her research to the vast trove of wartime records surrounding the entire mass incarceration. She found utterly ridiculous the decades-old government claims that the incarceration was necessitated by Japanese-American sabotage and espionage and that the government had lacked time to determine which Japanese-Americans were loyal to the United States and which were not. Based on her expertise as a clerical worker, she set up a catalog and index. When her husband retired from his job, he joined her at the archives, both of them often putting in 50-hour weeks, reading and meticulously photocopying news articles, correspondence by government officials and related documents.

Herzig-Yoshinaga’s activism grew with her joining the National Council for Japanese American Redress and sharing with its members her growing collection of documents.

In 1980, Congress appointed the Commission on Wartime Relocation and Internment of Civilians (CWRIC) to investigate what had happened to Japanese-Americans and the causes and effects of the mass confinement. Herzig-Yoshinaga applied for the lead researcher job and was hired, having already collected thousands of documents on her own.

In addition to documenting the evidentiary trails of when, why and by whom decisions were made, she discovered an item while working for the CWRIC that is often regarded as a so-called smoking gun in concluding that the wartime, anti-Japanese-American actions were racist and unnecessary.

“I recognized this particular book that was sitting on the corner of an archivist’s desk,” she recounted during a 1997 interview conducted at UCLA.

While thumbing through the volume, she noticed in the margins many handwritten notes to delete, change and move content from one page to another. Herzig-Yoshinaga realized it was an early draft to a key report that had influenced President Franklin D. Roosevelt into signing Executive Order 9066, which authorized what became the forced removal and incarceration of Japanese-Americans. The report’s final draft, issued by Army Lt. Gen. John DeWitt, was titled “Western Defense Command’s Final Report: Japanese Evacuation from the West Coast 1942.”

Several decades earlier, the military had tried destroying all other copies in order to erase unconstitutional statements and claims, but were unable to find them all.

“There had been 10 copies,” Aiko-Yoshinaga said in the 1997 interview. “I recognized this as the 10th copy that was missing. Messages and cablegrams went back and forth saying, ‘We got nine copies; where’s the 10th? We’ve got to find it.’ Apparently, they never found it. It ended up in somebody’s office in the War Department when everything was moved over to the Archives (and) got mixed in with all the papers that belonged to the War Department. Since I knew the history behind (the final report), that was the only reason that I recognized this particular book.”

Content from the long-lost draft provided irrefutable proof that the Army had lacked military necessity to strip 120,000 Japanese-Americans of their civil rights. In the early draft, DeWitt stated that the cultural traits of Japanese-Americans made it too difficult to determine who was loyal to the United States and who wasn’t.

This fueled legal actions by Fred Korematsu, Gordon Hirabayashi and Minoru Yasui, three Japanese-Americans who had been convicted in the 1940s of violating exclusion orders or curfew and had lost appeals up to the U.S. Supreme Court. Legal petitions submitted by each of the men complained that the government had knowingly presented false charges of Japanese-American disloyalty and espionage and knowingly suppressed evidence such as early drafts of the Western Defense Command report.

The three men prevailed in court, and their convictions were vacated. These victories set the stage for President Reagan’s signing of the 1988 legislation. Herzig-Yoshinaga, meanwhile, moved to the U.S. Department of Justice to help identify Japanese-Americans who were eligible for reparations payments of $20,000 apiece.

Herzig-Yoshinaga and her husband donated their repository of papers to UCLA more than a decade ago. Funding to archive and catalog the items was made possible by a National Park Service grant along with private donations.

The Herzig collection is overseen and managed by UCLA’s special collections library.

Filling more than 200 boxes, the contents include transcripts of 700-plus testimonies presented to the CWRIC in 1981, along with experts’ reports submitted to the commission focusing on the social and behavioral impact on Japanese-Americans and their economic losses resulting from the mass incarceration. Many of the other documents are photocopies from the couple’s research at not only the National Archives but also at the Justice Department, the Federal Bureau of Investigation, the Franklin D. Roosevelt presidential library and other institutions.

Today, UCLA is hosting a reception at its Charles Young Reseach Library celebrating the Herzig collection being made available to the public, an event co-sponsored by the Asian American Studies Center. Jack Herzig is now deceased, but Aiko Herzig-Yoshinaga, now in her 90s, is scheduled to attend.