Furthermore, focusing only on average or median wealth of Asian Americans is unfairly misleading because it ignores many of them who struggle economically. 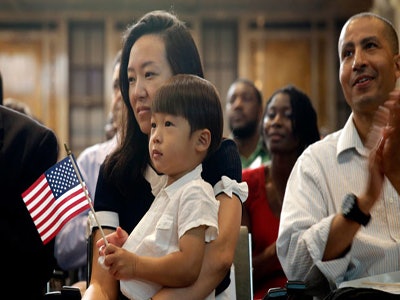 These are among the findings of a new report that examines economic disparities among a racial group that, all too often, is popularly typecast as uniformly prosperous.

“A large share of Asian-Americans have little or no wealth (which) is particularly disconcerting,” the report’s authors state. “If the past few decades are any indication, the economic future remains uncertain and people need more savings.”

Unlike income, which consists of job earnings, wealth is what’s left after subtracting debt from a person’s bank accounts, retirement assets and housing.

Asian American wealth on average and at the median tends to be comparable to that of Whites — at least in the years since the Great Recession ended in 2009. However, jumping to the conclusion that Asians are uniformly as wealthy as Whites overlooks the fact that the economic experiences of Asians are more varied than those of Whites. For instance, Asian Americans have higher family incomes than do Whites — $76,761 compared with $62,950 in 2015 — but their poverty rate is also higher than that of Whites — 11.4 percent compared with 9.1 percent in 2015.

Dr. Christian Weller, one of the report’s authors, is a University of Massachusetts Boston public policy professor and a senior fellow at the Center for American Progress. The latter organization released the report. A co-author is Dr. Jeffrey Thompson, principal economist at the Board of Governors of the Federal Reserve System.

Data in the report specifically show:

The gap in home ownership grew between Asian Americans and Whites in the aftermath of the recession, implying that Asians were hurt more than Whites were, much like the recession disproportionately hurting Blacks and Latinos. In 2010-13, the rate of home ownership among Asians was 59.6 percent versus 73.9 percent among Whites. Separately, some Asian American subgroups such as Korean, Indian and Vietnamese in Orlando and Phoenix — areas where the financial crisis hit especially hard — had foreclosure rates that were much higher than those of Whites.

Among those Asians who own homes throughout this country, the amounts owed on mortgages are substantially higher than the mortgage debt of Whites. In 2010-13, Asians owed a median amount of $236,011, compared with only a median amount of $118,515 owed by Whites. This is consistent with Asians being concentrated on the East and West coasts, where housing costs more than it does elsewhere.

The report’s authors urge U.S. policymakers to give attention to wealth inequality and helping the most vulnerable families.

For instance, policymakers can take action to boost individual savings, specifically, Congress could make the existing Saver’s Credit for making contributions to retirement savings an outright refund so that even households living below the poverty line paying little or no federal income tax can take advantage of it. It can also mean more access to retirement savings for workers whose employer doesn’t offer retirement benefits.

In addition, policymakers can boost wealth by cutting people’s debt — lowering car title loans and the costs of a college education are two examples.

“The bottom line is that policymakers have a range of options to address the persistent and widening wealth inequality and associated economic insecurity for many Asian Americans,” the authors state in their report. “Creating more economic security and opportunity is only a matter of political will.”