Guillermo: Asian American Professors Speak on Suit Against U. of Michigan

What is the situation like for professors of color at major universities, particularly the ones teaching the story of ethnic diversity?

Just ask Scott Kurashige and his wife, Emily Lawsin, who found the office politics of academia rise to the level of lawsuit. 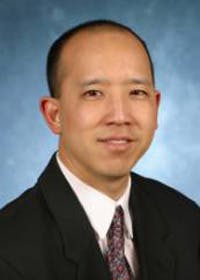 As reported last week, Kurashige, a former fully tenured professor at the University of Michigan, and Lawsin, a senior lecturer at the university, have filed a suit against the school based on violations of the state’s civil rights laws.

The school denies their allegations and has stated it will vigorously defend against the suit.

In an exclusive interview on my podcast, Emil Amok’s Takeout, to be published later this week on iTunes, and on www.aaldef.org/blog, the two professors spoke publicly about their case and why it was important to hold Michigan accountable for its hypocritical stand on diversity.

Kurashige, who also the director of Michigan’s Asian Pacific Islander American Studies program until 2013, said it began with his published research that showed his unit in American studies lost 20 faculty of color from 1997 to 2016.

“Some of them, including myself, were fired, pushed away or even left academia because of the hostile climate of that place. And I think what really gets people is the hypocrisy,” Kurashige said in the podcast interview. “At other places, people get denied tenured, they contest it, the either win or lose. At Michigan, though, there’s always this insistence that no matter what their practice is, their rhetoric never changes, they’re so committed, they’re the national leaders in the pursuit of diversity and equity.”

Kurashige said he reported it to officials at the school and asked for an investigation.  “They never did that in a serious way,” he said. “I ended up writing about the relationship between the hostile climate on campus and discriminatory patterns in enrollment and admissions.”

His documentation of the situation at Michigan got the attention of others on campus.

“I had people coming directly to me saying that either they or the students they were mentoring were being harassed or attacked by faculty and administrators who had authority or power over them,” Kurashige said. “A number of people were denied tenured in unjust cases in which faculty of color going up for tenure or applying for jobs had much superior qualifications to Whites who got positions.

“What happened in our department was effectively ‘reverse affirmative action’ so that White people could get positions teaching about race and ethnicity over more qualified people of color. It happened again and again in terms of admissions, in terms of faculty hiring, in terms of promoting faculty for tenure and leadership positions.”

Kurashige continued: “People would come to me. And I was always taught, look, if you were fortunate enough to get support from others in the past, and you need that or you wouldn’t have gotten this far, you have to pay that forward to people coming up after you.

“The second factor is when you lose that many people in such a short period of time it’s just corrosive. The department can’t function if there’s this revolving door. It’s demoralizing. It puts all this extra work on you. And the most important thing was that it destroyed intellectual community.

“So the one thing we’re all supposed to agree on [is] that we’re here to produce ideas and have a rigorous intellectual debate, and once people started covering up these problems and taking steps to silence others and stigmatize others, that just precluded any possibility of maintaining a high level of intellectual discourse that we had established.”

In the podcast, Kurashige talked about how he was blacklisted by the school.

He said that an associate dean admitted before a faculty ombudsman that negative files on him were created without his knowledge and without substantiation, which was then used to form a negative impression of Kurashige.

“And this all came after his boss had basically threatened me in a meeting for challenging patterns of discrimination and inequity within a college,” said Kurashige.

Kurashige also mentioned a damning 2012 review of the overall state of the department that was censored. But he had to use the Freedom of Information Act to see it.

Finally, Kurashige said, he was just told he would no longer be director of the program anymore. There was no hearing nor formal charges. He said that, behind his back, the university had changed his position from a college-level position to a department-level position, which allowed his bosses to sidestep a hearing.

“After I was fired, I thought there must be a procedure [to appeal],” Kurashige told me. “The vice provost for equity literally did no investigation ever.”

A co-plaintiff in the suit is Kurashige’s wife, Emily Lawsin, still a senior lecturer with the university, but barred from her classes this year.

Lawsin said that she felt the discrimination being the spouse of a tenured faculty member. She said the harassment she felt began during a leave to care for her daughter with Down syndrome.

“A lot of this happened while pregnant with her, and more while she was having open-heart surgery and I was trying to care for her,” Lawsin said on the podcast.

Before her return, Lawsin was sent a layoff notice. She fought that, but noticed the harassment she and her husband continued. She felt there was no choice but to take legal action.

“If these acts of discrimination could happen to Scott, who was a full professor with tenure with the most major awards anyone can receive in our field, and happen to me as a senior lecturer, what would happen to those even below us, or who came after us?” Lawsin said. “And that’s really why we chose to fight.”

The full podcast interview with both will be published this week on Emil Amok’s Takeout on iTunes and on the AALDEF blog.

Emil Guillermo is a veteran journalist and commentator. He writes for the civil rights organization AALDEF at www.aaldef.org/blog.