When it comes to diversity, I’m an OG–an affirmative action baby from back in the day.

The Harvard decision last week makes me cheer. And cry. It solves nothing. It only furthers an Asian American stereotype as well as expose a crack in the Asian American community.

I attended Harvard when it was less than 2 percent Asian American, and they thought Filipinos were more like West Coast Puerto Ricans. So I know the problems of affirmative action at Harvard. And it’s not simply about getting in. It’s also about the support or lack of support once you do get in. Looking back, it seems I was there for decorative affect for the Harvards. They needed me for the institution to look good. What I got out of it was incidental.  The Harvard affirmative action case decided last week by Federal Judge Allison D. Burroughs doesn’t address those deeper affirmative action issues. That’s not to take away against Burroughs’ decision.

But after more than 50 years of affirmative action’s legal struggles, the battle is still stuck at the admissions gate. Who gets in? Who gets rejected? Every landmark case adds a new twist. The 1970s Baake case at UC Davis outlawed quotas. The Grutter case at Michigan withstood the assault from  colorblind advocates.  Most recently, the “whole student” approach to affirmative action survived the challenge of a beleaguered White female student, Abigail Fisher at the University of Texas. 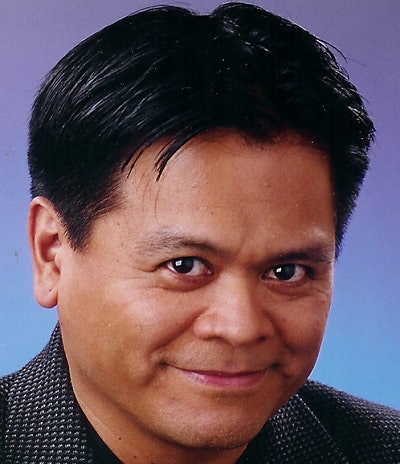 In each case, the U.S. Supreme Court clearly established what should by now be considered settled law.  Race can be used in admissions, as long as the approach does not include quotas and maintains a narrow focus. If the Harvard case crossed any of those lines this time around, then affirmative action would be struck down at America’s top university, a crushing blow.

But that’s not what the court found.

Judge Burroughs’ decision went over a case made complicated by the star witnesses who offered two differing statistical models. The pro-Harvard one was more complete and showed there was no discrimination. The anti-Harvard statistical model was less complete and didn’t convince the judge of any discrimination.  It even left out the legacy and athletic factors, 30 percent of Harvard admits (which shows another aspect in need of reform—affirmative action for the White privileged).

Beyond the numbers, the pro-Harvard side had some real students testify about the value of affirmative action. The anti-Harvard side didn’t feature any victimized students, only bad numbers from that faulty statistical model. And then the judge just checked it all against the law.  There were no quotas. Harvard in its “holistic” approach considering the “whole student” was narrow focused within the Supreme Court’s guidelines.

There could be no other answer but a decision for Harvard. Asian Americans who supported affirmative action at Harvard were overjoyed.

“As an Asian American alum who graduated in May, I am incredibly happy,” said Jang Lee, a Korean American from California on a conference call on decision day.  He said his essay about Korean identity was a key part of his admission.

But other Asian Americans, the one’s cynically used by the White anti-affirmative action group to fight Harvard were dismayed. These were the Asian Americans  who were just fronts for Students for Fair Admissions, led notably by Edward Blum, a White conservative lawyer, who has dedicated his life  fighting civil rights and affirmative action. He was behind the aforementioned White female student who tried to end the University of Texas’ “holistic approach” and lost in the Supreme Court.

He rebounded by targeting Harvard and using a secret weapon from the minority side–a group of mostly recent Asian American immigrants dumbfounded that their perfect SAT scores and grades weren’t good enough to get into the top Ivy league school.

Blum’s move is not unlike using a beneficiary of affirmative action, say Clarence Thomas, to attack the race-conscious admissions. Asian Americans gave it a new twist: the Model Minority as model victim.

Just as Jang Lee was elated, Yukong Zhao was in pain.

“Today marks a dark day for millions of Asian American children nationwide,” said Zhao in a statement. He’s the  president of the Asian American Coalition for Education (AACE), the  group  supplied the alleged Asian victims for SFFA.

Unfortunately, he’s mistaken. It would be a darker day for the majority of Asian Americans if Harvard had lost. In fact, Zhao’s kids who didn’t get in likely still wouldn’t have been admitted. Not if all the freshman vacancies go to those privileged legacies and athletes.

Zhao’s statement virtually  assures  a long appeal ahead. Instead of healing, there will be more division within our communities.

This is the Harvard case’s other diversity  problem. The majority of Asian Americans back affirmative action and know it has helped our communities tremendously. But the case exposes a real generational divide.

Yes, we know Asian Americans are not a monolith. Filipinos, Chinese, Koreans, et.al. We’re ethnically diverse. We are all over the economic spectrum.  But something else determines our social mindset—the date when our communities arrived to America.

Some Chinese families go back to when their ancestors built the railroads. Most Asian communities boomed after the landmark 1965 Immigration Act. But even more newcomers and ethnicities arrived in the 1990s and 2000s.

They all value education. And a good number of them want to go to Harvard, the Luis Vuitton bag of education.  UC Irvine or Cornell? Just knockoffs. They see their perfect scores and wonder why they can’t go to Harvard. Discrimination, they cry!

The judge pointed out in her decision if all the applicants with perfect scores and grades were admitted, Harvard would have to increase their freshman admits by 400 percent.  Resources are an issue. Harvard has the right to decide who gets admitted and who doesn’t. Just as long as Harvard stays within the law.

And the judge said Harvard did.

Burroughs’ decision seemed fair and sensitive. She said though Asian Americans are 22 percent of the current freshman class and make up 6 percent of the national population, there was still a chance that discrimination could exist.

But when she saw the evidence, Blum’s SFFA didn’t make its case.

So we cheer, but we also dread. The perfect-score Asians now take their rejection letters to the Supreme Court, where the bench is stacked with people just like the White males of the SFFA. So let out a momentary cheer for diversity and inclusion. But don’t drop your guard. The fight continues to end racial justice was not removed.

And sadly, the stinging pressure from the ongoing wedge being driven between Asian Americans amongst themselves and between other people of color remains.

Emil Guillermo is a journalist and commentator. He writes for the civil rights group AALDEF.org. You can follow him on Twitter @emilamok.