My friend Corky Lee, the self-described Asian American photographer laureate, has been mentioned  by much of the mainstream media (New York Times, Washington Post, CNN) this past week. 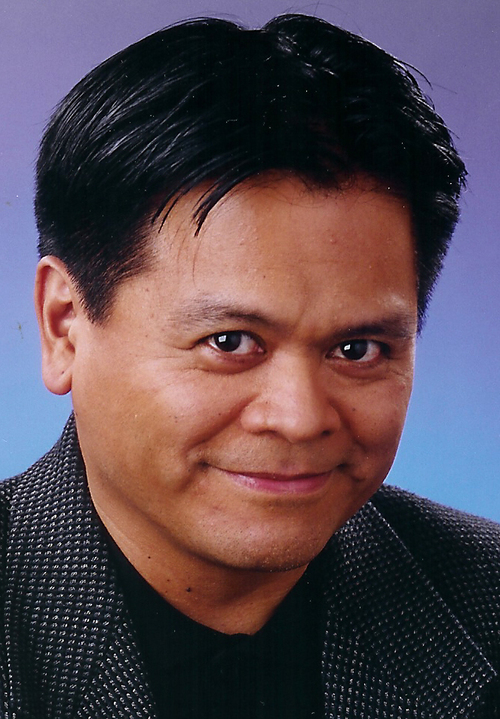 I knew Corky as a fellow journalist dedicated to inclusion and representation, the heart and soul of diversity. If Corky didn’t see an Asian American, he wondered why.

He first noticed this sensitivity while in grade school. He’d see the photograph of the Transcontinental Railroad, the picture that supposedly united the country after the Civil War. But he noticed he never saw any mention of the Chinese who built the railroad. He certainly didn’t see Chinese American workers  in any picture or  portrait. The photograph of the “The Golden Spike”?  From an Asian American perspective, it was not nearly golden enough.

On my podcast, “Emil Amok’s Takeout,” Corky said he bought a magnifying glass to see if he missed anything in the photographs he saw in his textbooks.

After seeing nothing, he actually bought a second stronger magnifying glass.

It’s one of Corky’s seminal stories that informed his drive to make sure the Chinese, all Asian Americans, were put back in, when they were left out.

All of this was fueled by an intense love and respect of history that developed while at Queens College right at a time when Chinese American history and other ethnic studies courses were just beginning in the late 1960s. Leading the way were the ethnic studies professors who inspired Corky toward a career that valued inclusion.

Corky’s inspiration was Phillip Choy, both an architect and an historian of Chinatowns in America. He was one of the first to teach Chinese American history at San Francisco State University.

Corky remembered how Choy was snubbed at the 100th Anniversary of the Golden Spike. Organizers of the event wouldn’t let him speak.

Later, the professor did get to speak at the 133rdAnniversary, but not before Corky led a chant, “Let him speak, let him speak.”

Corky later told Choy it was because of his history writings and the snub helped him clearly see that justice was his mission in life.  “You are the reason I organized this flash mob photo,” Corky said to Choy. It was an homage to his professor.

When I talked to Corky in May of 2017, Corky got emotional. Choy had just died two months previously at age 90 of cancer. You could hear Corky’s emotion on the podcast. It speaks to his heightened need and sense to correct injustice wherever it’s found. Maybe he developed that on his first job as a community organizer, where Lee would document conditions to justify rent strikes.

Later as an adult, Corky started freelancing as a photojournalist, selling stories to the New York Post of spot news around the city. But his bread and butter was simply to be the eyes on the Asian American community. Festivals, demonstrations, protests. He documented Asian American lives. All of us. Chinese, Tai, Filipino, South Asian, Sikh.

Four days after 9-11, when Sikhs were being beaten, mistaken for terrorists. Corky went to Central Park protest. There he saw a Sikh man with a flag draped around his body, who also wore proudly  a red turban. It’s a photograph that won Corky  New York state journalism award.

But he told me how mad he was when he saw a note attached to his prize winning photograph. It was a a judge’s comment about the man having a “compelling devious stare.”

“What constitutes a compelling devious stare?” Corky asked on my  podcast. “Those three words just kind of rattle my cage.” He meant it.

“At some point before I’m six-fee under pushing up daisies I’d like to meet the person who wrote that.”

That’s the kind of guy Corky was. He knew injustice. He was  guided by his teachers in Asian American studies. They gave him the grounding for life.

He could feel it. He could see it.