There Is No Such Thing as Asian Privilege

My mom let me know that she recently purchased a walking stick for when she and my father walk our dog. While they are entering an older stage in their lives, they are still in good health and have no issues walking. They bought the walking stick for the sole purpose of having something to defend themselves with in the case they are attacked. Though she didn’t say it explicitly, she is afraid that she might also become a victim of anti-Asian violence.

When a White hate preacher came to my alma mater’s campus, I was working my graduate assistantship with the Office of Student Affairs. We set up a table across from him with snacks and a Positivity Banner where students could share uplifting messages. We advised students to ignore the hateful comments that targeted women wearing tank tops and shorts as “sluts” and students wearing kippahs as “Jews going to hell.” I encouraged students to grab a pretzel and sign the positivity banner instead. When the preacher heard my voice, his eyes fell on me. He struggled for a second on what he could call me out on. My attire of a blouse and long pants seemed to pass his modesty test. So he yelled, “Don’t listen to the Jap! She is positive-ly horrible!” I shrugged this off as a terrible pun, even by my standards, and accepted that he was simply a hateful person. However, it stuck with me that the thing he found most reprehensible about me was my Asianness. 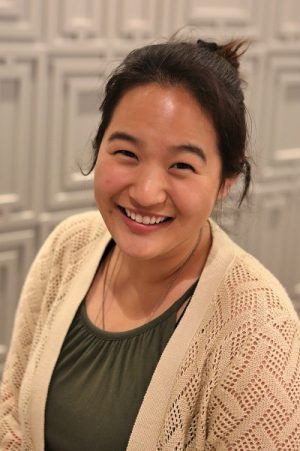 I dressed up to attend my department’s annual holiday party, which was being held at a fancy hotel. There was food, drinks, and a warm, mirthful atmosphere as I mingled with my colleagues. I was chatting with some coworkers on a couch, and we left our things behind when we got up to get food. Two older White women entered the party, assuming it was an open hotel event. They sat down at the sofa where my personal belongings were. I didn’t mind relocating, so I approached the sofa to grab my purse. When I picked it up, the White women told me to clear away the glasses and plates that were on the table in front of them. Even as I felt my face flush, I did as I was instructed and cleared the table. With barely a glance, they had seen past my styled hair, heels, and velvet dress. All they saw was my face and assumed that I was a server like the other Asians carrying trays of hors d’oeuvres and used napkins and cups. I was more upset with my complaisance than their microaggression. I had succumbed to one of the most prevalent stereotypes of Asian folx, that of a submissive, docile Asian woman.

These three anecdotes are unique incidents featuring distinct people, that span several years and spaces of my life. The one unifying component of these stories is that I (and my parents), inevitably face anti-Asian sentiments when White folx deem that it is in their interest. Ultimately, regardless of what I wear or how I act, I will always be Asian, yellow, foreign. The difference in how I am regarded– a successful model minority or a diseased Jap– is dictated by White folx.

When I say that there is no such thing as Asian privilege, I am not saying that people of Asian descent do not reap certain benefits. It is true that Asian Americans as an aggregate have high educational attainment, low poverty rates, low incarceration rates, and all of the other attributes that deem us a model minority. But how are these benefits determined?

Contrary to popular beliefs, education was not what enabled Asian Americans to become “successful.” Rather, it was because Whites eventually started treating Asians with a little more respect. But this respect is not freely given. It comes at the expense of weaponizing Asians as pawns to serve a White supremacist agenda. This blames other people of color for not achieving the same kind of “success,” without acknowledging that other folx of color never received the White approval necessary to prosper in a White supremacist society.

For example, Asians are used in the Students for Fair Admissions (SFFA) vs. Harvard lawsuit to claim that affirmative action discriminates against Asians when SFFA’s real “mission is to slash protections for minorities in America, including Asian Americans – not to help them out.” Allowing Asian Americans to be successful means that universities can tout greater diversity by including them in an umbrella “students of color” category without putting forth the effort to enroll Black and Latinx students, who are the most underrepresented. Most prevalent is that Asian Americans are depicted as a model minority to blame other people of color for their underachievement. “Asians faced internment, yellow peril, and racism. If they can be successful, why can’t African Americans?” This is a question that empowers Whites to further perpetuate anti-Blackness. This attitude has the additional harm of pitting Asian Americans against Black folx, which can cause resentment in both racial groups. This tension prevents cross-racial unification and is a modernized ploy of “divide and conquer,” because it ultimately allows White folx to maintain the most power and control.

The “privileges” that have been afforded to myself and other Asian Americans are a form of proxy privilege. Dr. William Liu, explains, “Proxied privilege then occurs for People of Color in specific spaces and places when they are in proximity to White people.” This privilege can be both granted and retracted at any given time. This proxy privilege is what has allowed Asian Americans to be “successful” when Whites grant them the permission to be so. There is no such thing as Asian privilege– only White privilege and its extensions to Asian Americans when Whites are feeling generous or have something to gain.

Pearl Lo is a doctoral student at the University of Maryland, College Park.