Presenters Dr. Sumun L. Pendakur, a diversity, equity and inclusion strategist, and Dr. Kimberly A. Truong, executive director of Justice, Equity, Diversity and Inclusion at MGH Institute of Health Professions, provided historical context for recent acts of anti-Asian violence in the U.S. and highlighted ways higher education can work to eradicate the hate.

Dr. Luis Inoa, associate dean of the college, residential life and wellness at Vassar College moderated the discussion. “What has brought us together is tragedy and ongoing anti-Asian violence and hate.” 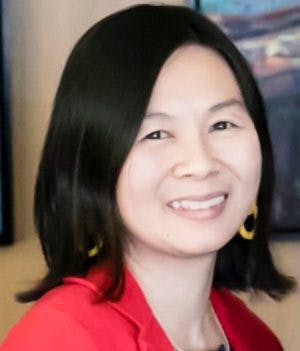 The participants were polled on several questions, including what actions their institutions have taken to respond to the spate of anti-Asian violence.

“We have since a year ago now seen a sharp uptick in the violence against people perceived as Asian and Asian American, particularly elders, particularly women, particularly those who are low-income and vulnerable, those who are doing collections from trash cans of bottles and cans, folks who are at the margins already,” said Pendakur.

Pendakur said that Asians and Asian Americans experiencing the biases and doing the work on campuses are dealing with double stress, noting the 2007 work by political scientist Dr. Jane Junn, “From Coolie to Model Minority,” which tracks the evolution of Asian American identity in the U.S. from the late 18th century to the 1970s.

Asian American racial identity is not simply being Asian in America, the panelists noted. It is how that racial identity has been shaped by the twin prongs of U.S. labor needs and U.S. foreign policy interests.

“We need to pull apart how we’re viewed as perpetual foreigners, not true Americans, therefore susceptible to violence and violation and at the same time how we are so fundamentally American that we worked hard, achieved the American dream,” said Pendakur.

Colleges and universities, she added, can do more to educate. 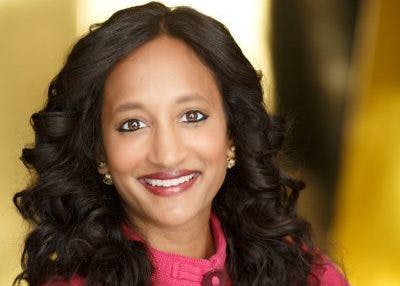 “Statements aren’t enough,” said Pendakur. “If you don’t have Asian American studies on your campus, you’ve got a gap and an opportunity.”

Truong noted that when data is disaggregated, the depiction of all Asian Americans as being highly educated is largely erroneous. Asian Americans make up 5.4% of the U.S. population, but there is often invalidation of inter-ethnic differences. She noted that South Asians are often excluded from the discourse and more attention needs to be paid to anti-Muslim discrimination.

“Having that Model Minority myth turns into the denial of our racial realities,” said Truong. “Asian Americans are often treated as a monolithic group.”

Approximately one of every two Asian Americans has a bachelor’s degree, which is higher than the American population as a whole, which is one in three. But some nationalities and ethnicities have very different numbers. For example, Vietnamese, Burmese, Cambodian and Laotians have much lower educational attainment. These populations tended to come to the U.S. as refugees.

“There is no special attention paid to Southeast Asian populations when it comes to admissions, financial aid policies and retention,” she added. “When we talk about affirmative action, I think that Southeast Asians should be included in these conversations.”