As the child of Chinese immigrants, Cindy Ng wanted to fit in. She wanted to, as Andrew Yang puts it, “out-American the Americans.”

“I had a very hard time relating to the culture of my schools. Although I spoke English, I was very culturally alienated,” says Ng, the Scott J.J. Hsu Director of the Asian American Activities Center at Stanford University, where she is now a bastion of community. “In response to wanting to fit in, I wanted to not be Asian.”

That would change though as Ng entered college at the University of California, Berkeley in the early ’70s. With the Vietnam War dragging on overseas, she came 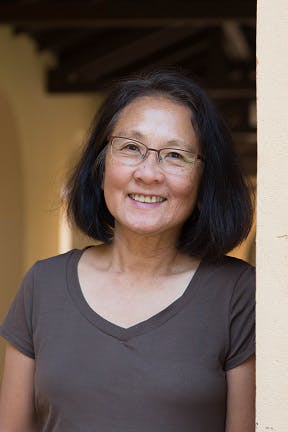 across a photo of a Vietnamese woman carrying her infant. The woman had just been napalmed.

That’s how Ng, a passionate mathematics major who intended to go on to graduate school, became “sidetracked by activism.”

After graduating from Berkeley (where she founded the Asian Student Union), Ng began knocking on the back doors of restaurants and garment factories in San Francisco, asking for a job. It wasn’t the job itself that she was interested in, as much as the people she would be working with. A member of the Chinese Progressive Association, Ng was determined to help workers organize for better wages and working conditions. But, as Ng tells it, she quickly realized her coworkers had more to teach her.

“I went in being a college grad and thinking, ‘I’m going to organize these women. I’m going to save them. I’m going to do this,’” recalls Ng. “But what I learned was that I benefited more from it, because I learned the value of work. … These women took pride in their work, and they worked hard and they wanted to be paid fairly for their work, but they never approached it from the point of view of ‘woe is me, I deserve better.’ … So I really learned a lot from their strength, their determination.”

Soon after, she moved to New York City where she continued her advocacy work in the Chinese community, fighting on its behalf for basic amenities, such as heat, in tenement buildings.

Then, when Rev. Jesse Jackson began running for president in 1984, Ng campaigned for him. Because of Jackson’s advocacy for a Rainbow Coalition — in which voters from all races and creeds joined together in solidarity — Ng found herself outside of Chinatown organizing in Black, Puerto Rican and Dominican communities too.

“That really expanded my perspective of fighting for justice and learning about the histories of other people of color in America and their struggles,” says Ng. “That was where my activism took a much broader scope. [I understood] that the struggle to empower the Asian American community has to be seen in the broader context of race in America.” 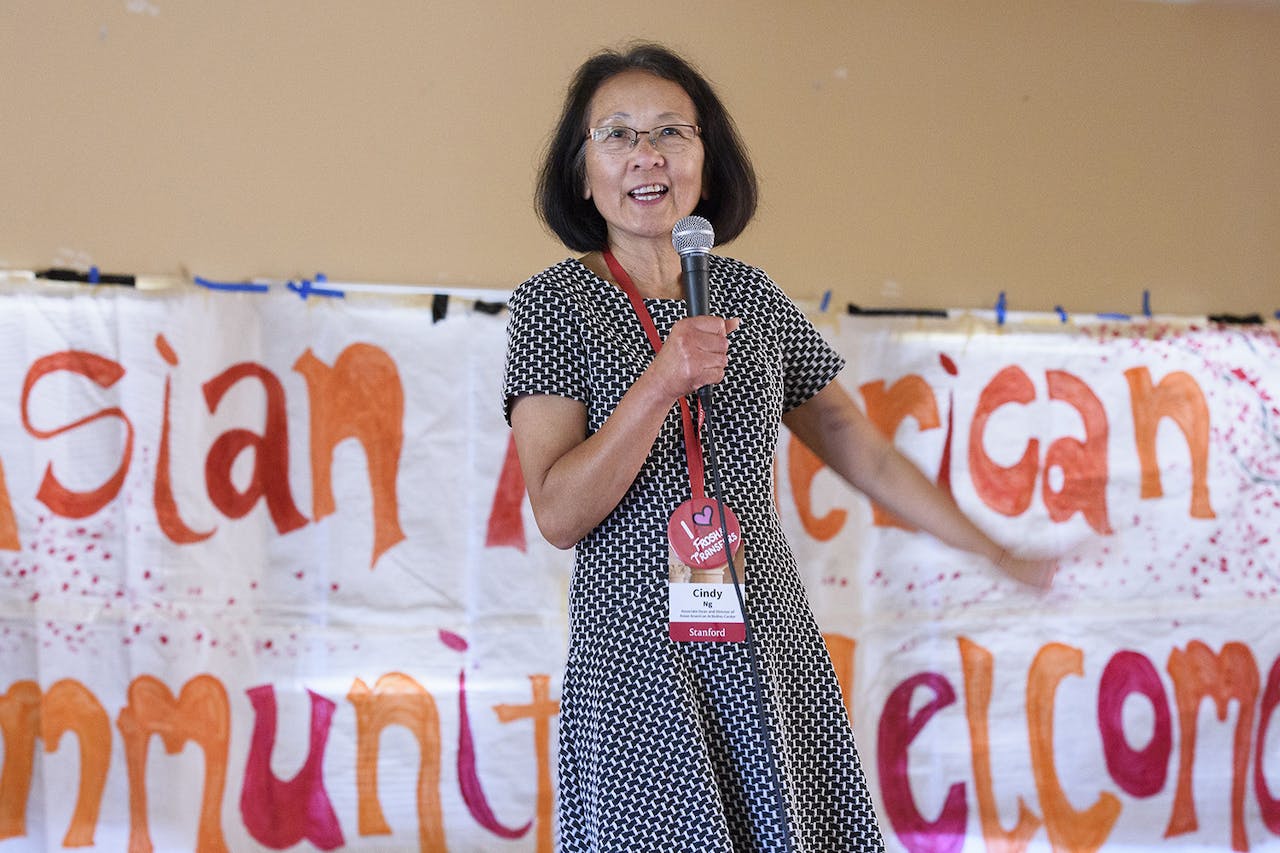 Meanwhile, on the other side of the country, a rainbow coalition at Stanford University was building momentum too. In 1989, students from various organizations took over the president’s office, demanding Stanford hire more minority faculty and staff and provide more support to disadvantaged students.

By happenstance, Ng had just wrapped up her 15 years in Chinatown to return to the Bay Area, where she could take care of her aging mother.

Saying she was impressed with the students’ activism, Ng joined Stanford in 1991 — two years after the sit-in ­— as the first program coordinator at the Asian American Activities Center. Today, she is associate dean of students and director of the center, where she ensures Asian students feel culturally understood, free to celebrate their heritage and comfortable exploring their identities.

As world events shift and the demographics of Asian students change, Ng says she is constantly thinking about how the needs of students are evolving, too.

“With the [recent rise in] anti-Asian violence, students are, for the first time maybe, looking at their identity,” she says. “Some have never thought about their Asian American identity because of where they grew up and are now looking at that identity, not only as, ‘Who am I as Asian American? But what does this mean in the context of race in America?’”

Referred to as a “pillar of Stanford’s Asian American community,” Ng received Stanford’s Amy J. Blue Award earlier this year for being “exceptionally dedicated, supportive of colleagues and passionate” about her work.

Like any other community, the Asian community is vast and diverse, says Ng, so being able to see “students from the different communities build friendships upon trust” has been among the most rewarding moments of her time at Stanford thus far.

“When I think about my career, the thread that runs through all the different kinds of jobs I’ve had is this commitment to my community and to social and racial justice,” says Ng, “… to acknowledging who we are, our value, what we have contributed to building America, and to being treated equally, having equity and working with other communities.”

This article originally appeared in the May 27, 2021 edition of Diverse. Read it here.