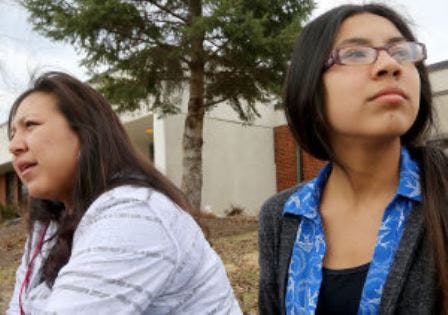 MADISON, Wis. ― The Ho-Chunk tribal legislature has proposed a policy it hopes will encourage members to better themselves after high school.

The tribe wants to delay trust fund dividend payouts and tie them to achievements such as college, work and military service, the Wisconsin State Journal reported. The tribe has a shortage of qualified professionals in fields including health care, IT, accounting and management.

“We’re hoping that the tribal membership considers putting incentives in there for our young people to explore options for postsecondary education,” said Adrienne Thunder, executive director of the Ho-Chunk education department.

In 2001, the tribe started requiring a high school diploma for 18-year-olds to collect their trust fund dividend payouts. This year’s graduates will collect about $200,000 each before taxes. It’s partly why Ho-Chunk high school graduation rates have increased dramatically in a generation.

The tribe declined to provide data about college enrollment and graduation rates through the years. But in a recent survey of 18- to 30-year-old Ho-Chunk members, 68 percent of respondents who said they started college at any level didn’t finish.

Kim Ramirez and Jose-Luis Ramirez, who is a native of Mexico, support further changing the policy about the dividend payouts, commonly known as “18 money.”

It will help keep the couple’s three children focused on long-term goals and allow them to avoid temptations that commonly trap 18-year-olds when the money comes in a lump sum.

Kim Ramirez dropped out of Black River Falls High School in 10th grade and now works in a factory, along with her husband. They want their children to work with their minds.

“She said she doesn’t want me to follow in her steps,” their daughter Deanna Ramirez said of her mother. She is finishing her sophomore year in high school and wants to go to college.

The Ho-Chunk also recently formed partnerships with University of Wisconsin System schools that they hope will boost enrollment. At UW-Eau Claire, a Ho-Chunk living and learning community will be established at a nearby property that formerly housed a Catholic priory in the fall of 2015. At UW-Madison, the tribe is in talks to join a partnership aimed at getting more American Indian youth on campus during their high school years to learn about technology.