*Each week leading up to the election my blog posts will focus on various issues, people and policies that voters should consider as they head to the polls. This is blog #3 in that series. SIDENOTE: I purposely use the terms Indian and American Indian as opposed to Native American because the word native implies that tribes are properly recognized and respected as the original inhabitants of this land.*

Growing up in Central Virginia, the running joke in a lot of communities was that every person of color in the area “had Indian in them.” It was the explanation given for girls with less kinky hair or for boys with a copper-colored complexion. When asked what tribe they belonged to, the common response was Blackfoot or Cherokee even though neither of those groups had a physical presence in the area. Although some saw this mythical ancestry as a form of reverence, it was actually ignorance. That ignorance was highlighted in Jay Z’s 2001 song, “Girls, Girls, Girls.” With vocal backing by the King of Pop, Michael Jackson, Jay-Z asks a potential Indian paramour “what tribe she with: red dot or feather?” Ignorance is pervasive. But often ignorance leads to erasure.

The United States federal government recognizes seven Indian tribes in the Commonwealth of Virginia and a total of eleven tribes are acknowledged by state officials. The dominant tribes in that area are Pamonkey and Monocan who have laid ancestral claims to the land for over 12,000 years. Although the entire Commonwealth of Virginia was once inhabited by indigenous populations, these groups remain overlooked and at times, legally ignored. 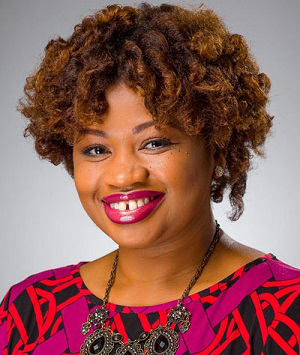 To be sure, the legacy of conquest meant that American Indians and enslaved Africans were often forced to live in close proximity to each other. This proximity resulted in a number of blended families and children of mixed racial heritage who were discriminated against in distinct and overlapping ways based not on their self-identity, but on social identity. In 1924 Congress passed the Indian Citizenship Act that granted citizenship and affirmed the right to vote for American Indians. The concept of federalism, however, meant that states had the authority to oversee the meaning and protection of citizenship for people of Indian descent.

In the 1920’s, Virginia began adopting a number of laws and policies designed to redefine racial classifications while erecting strict punishments for interracial marriage known as anti-miscegenation laws. The 1924 Racial Integrity Act allowed state and local officials to arbitrarily change racial classifications listed on vital records. In practice, this Act collapsed diverse groups of people into two subjective categorizations of “White” and “Colored.” The distinction was based on the rule of hypodescent that rendered anyone with one drop of non-white blood as Colored. With no regard for how people identified themselves or how they declared their identity on paperwork for births and marriages, Virginia set in motion generations of slowly erasing the Indian presence. Eugenicists believed that people claimed to be of Indian descent to avoid broader segregation laws that limited access to and the protection of freedom. In reality, reducing ethnic classifications from six to two meant that Indian descendants would have a more difficult time gaining federal recognition and in turn, sovereignty. Further, it placed Indian children beyond the scope of inclusion because their “colored” designation prevented them from attending white-only schools, while also excluding them from traditional community mobilization efforts to pursue legal redress against racial discrimination. In reviewing my own family history, I’ve learned that for decades Indians in the area were pejoratively referred to as “ishee;” a shorthand slur for Indians who received government benefits known as “free issues.” The term referenced the fact that Indians, whether recognized by the state or not, were permanently branded an underclass that forced them into separate schools, separate communities, and separate nodes of power.

The legacy of this separate and unequal status is profound. Not just for Virginia, but for the entire United States. Indian children were forced into separate schools that were designed to “civilize” them and pushed assimilation rather than education. Today, about 17 percent of American Indian students pursue education beyond college. Literacy, graduation, and persistence rates vary for students based on whether they attend traditional public schools or Native schools. However, efforts to address challenges to educational excellence often depend on which children are deemed deserving of a quality education. Data from the Government Accountability Office show that Indian students are subjected to higher rates of discipline and punishment than other students. These early interactions with law enforcement have lasting effects as arrest and incarceration rates for Indian residents have increased in certain areas. Similarly, a fascinating study by The Guardian shows that American Indians have a higher likelihood of being killed by law enforcement than any other racial or ethnic group in the United. Over the last five years, we’ve also seen a marked increase in the number of young Indians dying at the hands of law enforcement. The dramatically higher rates of depression, poverty, addiction, homelessness, and violence reflect a sense of social indifference to the challenges faced by Indian communities. This separate and unequal approach to justice mirrors longstanding battles to determine whose lives are protected and whose are expendable.

As Democratic Senator Elizabeth Warren celebrated the fact that she, like many, many other Americans has Indian ancestry, the U.S. Supreme Court issued a devastating ruling that allows state officials in North Dakota to actively discriminate against Indian voters. In 1884, the Supreme Court ruled against the petition of John Elk to earn the right to vote in local elections. Elk had denounced his tribal affiliation, moved to the city of Omaha, and worked hard to fully participate as an American citizen. After being denied the ability to register to vote, Elk argued that the denial of Indian voting undermined the Equal Protections embedded in the Fourteenth Amendment. The Court decided that Elk was not a citizen, could never become a citizen, and in turn, was not entitled to participate in elections. Although the case was struck down forty years later, it set in motion state level efforts to weaken the citizenship standing of Indian communities.

One of the key 1973 extensions to the Voting Rights Act of 1965 protected Indian communities from discrimination in all facets of the voting and electoral process. This included a recognition that many Native languages are oral and therefore demanded a different level of language assistance for those who may be less proficient in English. It also recognized that the centuries old battle over sovereignty meant that state officials often impeded access to voting for those who live on reservations, while erecting institutional barriers for those who don’t.

The gutting of the Voting Rights Act via the 2013 Shelby v. Holder case allowed states like North Dakota to implement restrictive photo identification requirements that disproportionately affect Indian voters. By removing federal oversight of these changes to voter eligibility provisions, Indians were once again left to the mercy of state officials who often prioritized partisan interests over democratic principles. Because so many Indians in the state live on reservations or don’t have traditional street addresses as required by the new law, over 70,000 people will be barred from voting. That means that 20% of people who traditionally vote in state elections will be disqualified based on their id and broader cultural affiliations. Even more alarming is the fact that people who had proper id to vote in the primary election just a few months ago, will suddenly be deemed ineligible because of this policy change. These new assaults on American Indian voting rights speak to broader voter suppression efforts that have spread across the country. Whether it’s African American elders in Georgia being pulled from a van en route to a polling place; the closure of 868 polling places in districts with high concentrations of people of color; or new policies that make it more difficult for college students to vote, American democracy still remains separate and unequal.

If you are planning to vote in the 2018 Midterms, and we hope you are, take the proactive step of calling your local Registrar to confirm your registration status. Visit the website of the National Association of Secretaries of State to find your polling place based on your address. Don’t assume that just because you’ve voted at a particular location in the past, like two months ago, that polling place will be the same. Check your state government website to see what documents are required to vote. Work with local organizations to assist vulnerable populations e.g. seniors and students to gather the necessary information and make a plan to get at least five “souls to the polls.” Visit the Native American Voting Rights Coalition to learn more about the barriers to democracy for indigenous people. And finally, support candidates who both recognize and combat voter suppression.

Dr. Khalilah L. Brown-Dean is an associate professor of Political Science at Quinnipiac University where she writes about American Politics, political psychology, and public policy. You can follow her on Twitter @KBDPHD.