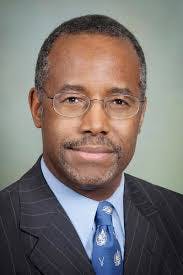 Dr. Ben Carson said Johns Hopkins University’s commencement “is about the students and their success, and it is not about me.”

Dogged by complaints from colleagues and students over his politically charged speeches on same-sex marriage, famed neurosurgeon, Dr. Ben Carson, announced late Wednesday that he will withdraw as commencement speaker at the renowned Johns Hopkins University Medical School in Baltimore.

In a letter this week to Dr. Paul Rothman, dean of the medical faculty and CEO of Johns Hopkins Medicine, Carson said his decision not to speak at this year’s convocation “would be in the best interests of the students. … Commencement is about the students and their success, and it is not about me.”

The soft-spoken physician known more for the medical “miracles” he’s performed during his 36 years at Johns Hopkins Hospital than for his politics and social stance, attracted national headlines in February when he criticized President Barack Obama’s health care reform law at the National Prayer Breakfast in Washington, D.C. But in the days that followed, it was Carson’s highly publicized speeches opposing same-sex marriage that stirred controversy and backlash at Hopkins where he is the director of pediatric neurosurgery.

During a March television appearance, Carson said, “Marriage is between a man and a woman. No group, be they gays, be they NAMBLA, be they people who believe in bestiality, it doesn’t matter what they are. They don’t get to change the definition.”

On April 5, Dean Rothman issued an e-mail to the Hopkins community distancing the institution from Carson’s position on same-sex marriage, saying: “(We) recognize that tension now exists in our community because hurtful, offensive language was used by our colleague, Dr. Ben Carson, when conveying a personal opinion.” That same day, a contrite Carson responded to his colleagues with an apology sent by e-mail. Carson shared regrets for having “dragged our institution into the spotlight” along with himself.

“I am sorry for any embarrassment this has caused. But what really saddens me is that my poorly chosen words caused pain for some members of our community and for that I offer a most sincere and heartfelt apology.” While Carson added that “Hurting others is diametrically opposed to who I am and what I believe,” he maintains his position on marriage.

Carson was the first surgeon in the world to separate conjoined twins. His award-winning book, “Gifted Hands: The Ben Carson Story,” was made into a television movie. And in 2008, President George W. Bush awarded him the Medal of Freedom, the nation’s highest civilian honor. In June, Carson is expected to retire from the Hospital and Medical School. But for now, Carson says that his wish following his venture into the political fray will be his legacy.

“I hope all will look at a lifetime of service over some poorly chosen words.”