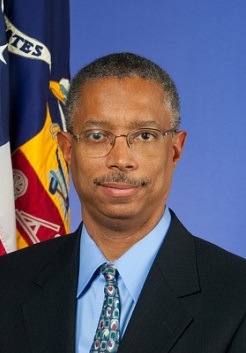 My “day” job is to train the next generation at Howard University and students who hopefully can fulfill the legacy of the likes of David Dinkins, Elijah Cummings and Kamala Harris. February is normally a month to look back at because it is Black History Month. But I like to think of it as a time to look ahead, especially to the next generation of Black leadership.

Last week, during his State of the Union address, President Barack Obama said it was time to give America a raise. He announced he was doing his part, requiring new federal contractors to pay workers a minimum of $10.10 an hour. He called on Congress to follow the lead of local communities like SeaTac, Wash., and states like California that took big steps last year to raise the wages of America’s workers.

Unfortunately, President Obama didn’t acknowledge the brave efforts of America’s workers to fight for a wage increase — whether the historic walkouts by fast-food workers, or the bravery of Walmart workers who risk their jobs in a jobless economy. It would have been a great moment to acknowledge the rising tide of history, where America’s workers are pushing back against crushing inequality.

While the president missed this moment, the nation got a glimpse of a new generation of leaders. Kain Colter, quarterback for Northwestern University’s football team, announced efforts by the Northwestern football team to form a union. He is a young man directly in the shadow of Curt Flood, who fought Major League Baseball all the way to the U.S. Supreme Court to break the hold owners had on baseball players’ careers and open the flood gate of free agency and unionization for professional athletes.

But, more importantly, Colter is also following a path blazed by A. Philip Randolph, who organized the Brotherhood of Sleeping Car Porters and joined together civil rights and workers’ rights in one blow for justice. This past August, the nation celebrated the 50th anniversary of Randolph’s triumphant March on Washington for Jobs and Freedom. His union fought from 1925 to 1937 to sign a contract with the Pullman Company. At the time, many refused to see the value of their work, believing the tips the men earned was adequate reward.

Many scoff at Colter’s case to organize student athletes, arguing that scholarship athletes should be grateful for their educational opportunities and are not employees, so they do not deserve a place at a bargaining table. But most fully understand that a long time ago colleges crossed the line between the educational value of healthy minds and bodies and the pursuit of athletic excellence to cold hard business. College football at the NCAA Bowl Sub-Division level is a multibillion-dollar industry, with spin-offs from the licensing of athletic wear to video games. Simply not paying athletes does not make this part of the “educational” program.

Colter has raised the same issues unions raise — worker safety, worker welfare and workers’ voices in determining working conditions. It is a great business model to have million-dollar coaches and million-dollar TV contracts and silent performers. My own experience as a labor leader grew out of a move by some departments at the University of Wisconsin to require teaching as part of their graduate degree program, and to transform their paid teaching assistants into students paying to teach. The model of many research universities is to use teaching assistants as a low-cost way to cover freshman- and sophomore-level courses. Many state labor laws recognize this, and allow teaching assistants to unionize, refusing to put the veil of faculty governance and academic standards over a business model choice.

Whether Colter succeeds is secondary to acknowledging a new generation prepared to take on the mantle of leaders like Arlene Holt Baker, who last year retired as executive vice president of the AFL-CIO. He assures us that there will be a continuation in the struggle for workers’ rights.

President Obama should note the workers and students who are fighting now to change the path of inequality in America. In his State of the Union address, the president said that inequality was growing for nearly 30 years before the Great Recession. But, while he only mentioned technological change and global competition as causes, America’s working families know the problem runs deeper. As Colter shows us, they know the path to prosperity will change through organizing to change the rules of the game.