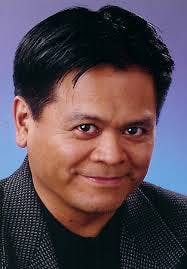 If you like your politics raucous and raunchy, Donald Trump has been your candidate this year.

He’s taken us into areas we have not seen in presidential politics: From man’s discontent to man’s anatomy.

The Tea Party is actually more like a tea party compared to what we’ve seen from Trump in this election cycle.

And after the violence that broke out last Friday, disrupting the start of a rally in Chicago, it’s clear—that the country is in crisis.

Heather Cox Richardson, a history professor at Boston College, knows we are in a scary time.

“Violence in American politics is often the way Americans do business,” Cox Richardson said on CBS Radio. She said Americans riot when they feel the government is unfair and it is unfairly privileging someone other than them.

“That’s how we call attention to perceived inequalities in American society,” she said.

And then she said that the current election cycle with the possibility of a brokered convention in Cleveland in the summertime does not bode well.

“We should be very worried,” said the professor, “because, as these things happen, someone always dies.”

The only one who can change the path we seem to be on is the candidate himself.

But on Sunday, Trump seemed incapable.

His instinct was not to attempt to bring this country together but to be much more defensive than you’d expect from someone who wants to be president.

On political prime time, the Sunday morning shows, specifically “Meet the Press,” Trump had an opportunity to embrace the country and show that he really has the country’s best interest at heart.

He had the chance to let America know he is more than his self-serving anti-political-establishment rhetoric.

He couldn’t do it.

“You would have an awfully big riot and a lot of people would have been hurt,” Trump said on “Meet the Press.” “I’ve been given a lot of credit for not going (on with the rally), and everyone dispersed and no one was injured or hurt or beyond that.”

Great, but what about the violence?

Moderator Chuck Todd asked about another instance in Fayetteville, North Carolina, where, weeks after some Trump remarks seemed to encourage violence, a Trump rally attendee sucker-punched an African-American male who was there as a protestor.

Trump could only deflect it all.

“I don’t accept responsibility,” Trump said. “I do not condone violence in any shape, and I will tell you, from what I saw, the young man stuck his finger up in the air and the other man just had it … But I still, I don’t condone violence.”

And then he went on to say what a great thing he did by canceling the Chicago event.

But Trump wouldn’t say if he’d pay the legal fees of 78-year-old John McGraw, who did the punching.

And he didn’t have anything to say about the punched protestor, Rakeem Jones, 26.

Only that he wants to see what Jones was doing. Trump said he believed Jones was “taunting.”

“And from what I understand, he was sticking a certain finger up in the air and that is a terrible thing to do in front of someone who frankly wants to see America made great again,” Trump said.

Later, Trump did say he was looking into whether legal fees would be paid for Jones.

But for what reason? To enable and encourage more violence?

Another incident was brought up that concerned a Dayton protestor whom Trump said was connected to ISIS.

The connection was reported as a hoax.

But Trump wouldn’t back down, saying the man had been dragging a flag, listening to Arab music, and “chattering on the internet with ISIS.”

Turns out the Dayton protestor is an American Christian, a Southern Baptist, who speaks only English and has no ties to ISIS. He was armed only with an iPhone 6s.

Tommy DiMassimo, 22, charged with disorderly conduct and inciting panic, was interviewed exclusively on CNN on Sunday.

DiMassimo said he wasn’t going to be violent or attack Trump. He just wanted to take the podium away from the candidate in order to “send him a message that we can be strong, and we can find our strength and we can stand up against Donald Trump and against this new wave he’s ushering in of truly just violent White supremacist ideas.”

DiMassimo was just responding to the Trump style.

“Donald Trump is a bully, and he is nothing more than that,” DiMassimo told CNN. “He is somebody who is just saying a lot of bold things. He’s making bold claims. But I can see right through that, and I can see he’s just a coward. He’s opportunistic. And he’s willing to destroy this country for power for himself.”

This is what Trump hath wrought.

If he is serious about wanting to lead America, then Trump can reverse it all by showing real leadership, changing his tone, and giving us a sense he is more than his rhetoric.

If he can’t, then the candidate has revealed his true self.

Emil Guillermo is a veteran journalist and commentator. He writes for the Asian American Legal Defense and Education Fund at http://www.aaldef.org/blog