An Illinois community college did not violate the religious rights of a student excluded from its paramedic program for refusing to be vaccinated, an appeals panel has ruled.

The Appellate Court of Illinois refused to reinstate a religious freedom, equal protection and due process of law case by Nicholas George, who cited religious reasons for requesting an exemption from the vaccination requirement of a privately owned hospital that worked with Kankakee Community College. 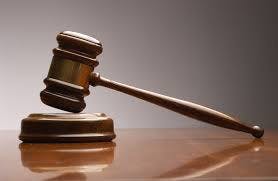 According to the decision, George enrolled in an applied sciences degree program that included a mandatory paramedic class at the hospital. Hospital policy prohibited students from participating in the clinical part of the program without vaccinations.

In 2013, the hospital notified him that he could not continue without the vaccinations, and the college placed him on academic warning, the decision said. The college also refused to let him enroll in additional classes or to certify that he had successfully completed any first-semester classes.

A lower court dismissed his suit against the college and hospital.

Upholding that decision, the Appellate Court rejected assertions that George’s religious rights under the federal and Illinois constitutions were violated. It also said government could enforce requirements that restrict religious freedom when necessary to promote public safety.

“Since George may come in direct contract with patients suffering from measles, mumps or rubella and could unknowingly become a carrier of those conditions, we conclude that the vaccination policy is consistent with the health and safety interests of this state,” Judge Vicki Wright wrote for the court.

The court found no basis for George’s equal protection argument and said the hospital’s mandatory vaccination policy for all students in a clinical rotation program rationally relates to a legitimate state interest in avoiding transmission of communicable diseases,

In addition, the college was not obligated to provide notice and a hearing before disqualifying him from the paramedic course, it held.

A federal appeals court has cleared Florida A&M University in a disability discrimination suit by a former campus police officer.

The three-judge panel unanimously rejected allegations by Sherri Luke that the university failed to reasonably accommodate disabilities caused by abdominal problems and a knee injury.

Luke was hired in 2003 and later promoted to sergeant in the Crime Prevention Unit, the decision said.

In 2013, a new police chief restructured the department, requiring 12-hour patrol shifts, mandating that all officers wear uniforms and eliminating light-duty positions. The chief approved Luke’s request to use a shoulder holster instead of a standard-issue duty belt and to wear a jumpsuit-style uniform, although there was a delay before that equipment became available. She also was assigned for several days to a dispatcher position, which did not require a uniform.

After knee surgery in 2013, Luke took nine months of medical leave but FAMU refused to grant an additional six-month leave. The university then terminated her six days before she would have been eligible for an additional 12 weeks of Family and Medical Leave Act (FMLA) time off.

She sued for discrimination and retaliation under the Rehabilitation Act, Title VII and Florida civil rights law.

The 11th Circuit U.S. Court of Appeals upheld a lower court’s dismissal of all claims because the university had reasonable accommodated her requests for a jumpsuit and shoulder holster and had temporarily assigned her to dispatch duties until she could get a suitable uniform.

The court found no merit to the argument that FAMU should have reassigned her to a dispatch opening, and it said extending the medical leave for the requested six months “would still not have enabled Luke to perform her job duties in the present or immediate future.”

A former education faculty member at Morgan State University has been rebuffed again in a bid to be rehired.

The Maryland Court of Special Appeals rejected a claim that the university violated an employment discrimination settlement agreement when it refused to let Dr. Obed Norman apply for an external research grant after his termination.

According to the unanimous decision, Norman filed a discrimination complaint after Morgan State denied him tenure. Under a settlement, he was appointed to a one-year non-tenure-track lecturer position for 2012-13 and was allowed to later “apply for any non-tenure track position for which he is qualified.”

His suit asserted that the university breached that agreement by not letting him apply for an external research grant that he claimed would have funded a position for him. A lower-court judge dismissed the case.

In upholding that ruling, the appeals panel said the clear language of the settlement agreement relates only to non-tenure-track positions for which Norman qualifies. When he sought to apply for a research grant, “there was no existing position” available, it said.