Leading, fixing and communicating all come with the demanding job of an academic department chair.

But throw in the stereotypes and the nuances that often come with being a woman of color in that position, then the job can become a little more challenging and equally as complicated, especially if the person in that role feels like she has little support or anyone else that she can relate to.

Dr. Monica F. Cox said that’s been her experience and the experience of  countless others in the academy, which is why she is launching a national network for women of color department chairs.

Cox is currently the chair of the Department of Engineering Education at Ohio State University, a position she’s held since 2016. Currently she’s one of only three Black female chairs at an institution that has about 60,000 students. 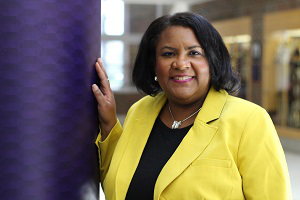 As she attended professional training sessions across the years, Cox said she noticed that situations unique to people of color in positions of power were not adequately addressed.

“There are so many women who are one and onlys. Few people may understand your specific troubles. People are just lonely and isolated and there’s a hunger for it,”  Cox said.  “That’s when people say, ‘let me go find my tribe.’”

While the network is still in the making and doesn’t yet have an official name, Cox said she’s already received a lot of positive feedback about the idea after tweeting about it.

“People are excited, they are emailing me and waiting for it to get started,” she said. “There is a desire for it to come together.”

The network would provide real-time confidential support for women with similar experiences, something that’s currently lacking in the academy, she said.

Any person in the minority can feel they are experiencing judgement or criticism and if they don’t have a confidant then they may start to internalize the things they hear, said Dr. Debra Roberts, the department chair of psychology at Howard University. She is the second Black female chair of the department, a position she’s held since 2017.

From a psychological perspective, Roberts said, “We tend to create a narrative for the reasons behind things. We could very well come up with a story where we place ourselves at blame.”

Individuals can begin to feel like they aren’t qualified or aren’t good enough to be in their position, she added.

The chair position, which is a “job nobody wants” can be equally taxing for women of color, said Cox, who noted that the job is a multifaceted position that is tasked with carrying out the strategic plans of the dean, the provost and the university president.

“One of my biggest strengths is command,” said Cox. “I like to bring order out of chaos,” Cox said, adding that she enjoys nurturing people’s gifts and helping them identify their strengths.

But Cox said that too often when faculty and senior leadership see a woman of color in the role, they question if she is able to lead.

In some situations a lack of exposure to other cultures may be a factor in how a woman of color is viewed.

Microagressions — the act of subtlety insulting someone — is more prevalent today, Roberts said, adding that because of the political climate, some people think they have a license to engage in such behavior.

A person of color may think the problem lies in their not having a thick enough skin or their not being tough enough; but a support system can help him or her see the real problem lies with the microaggressor, Roberts said.

“That’s why you need a network,” Cox said. “Being a female chair and having the personality I have, I can encourage [women of color] to speak up, to lead and be more confident,” she said.

Despite the dearth in the number of women of color as department chairs, there have been some major breakthroughs recently. At Harvard University, Dr. Evelyn Brooks Higginbotham became the first Black woman to lead its history department.

Creating a network for women of color department chairs is essential, Cox said.

“People need to be strong and lean on each other and know they can keep moving.”