Rates of underrepresented faculty in higher education have not been keeping up with the increasingly diversifying student demographics, according to a new report from the Southern Regional Education Board (SREB).

The findings come from SREB’s 16 state profiles and regional and federal data from the 2017-18 academic year. The profiles were assembled by SREB program specialist Hannah Bartlebaugh and Dr. Ansley Abraham, founding director of the SREB Doctoral Scholars Program. 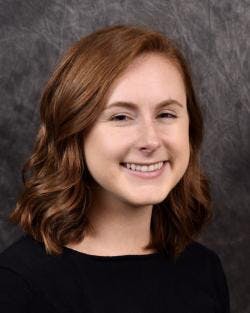 Among the two- and four-year colleges and universities, both public and private in the 16 states, 39.1% of undergrads were Black, Hispanic, American Indian or Alaska Native. Only 17.5% of the faculty were from these demographics.

Using data from the Integrated Postsecondary Education Data System (IPEDS) which is part of the federal National Center for Education Statistics (NCES), the profiles “really looks at the demographics of students, faculty and doctoral degrees granted for four-year institutions, really looking at, ‘Okay, as we see that the student population, particularly the undergraduate student population, has been diversifying, what does faculty diversity looking like? Is it matching pace with those trends in increasing diversity?” said Bartlebaugh.

While only 55.9% of undergraduates are White in the region’s public four-year institutions, 74.9% of full- and part-time faculty members are White, according to the report. 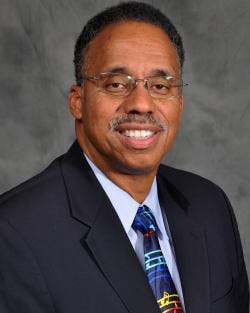 As for factors, there are many, one being that the pipeline to faculty positions and academia is narrow.

“There are lots of things that contribute to this issue,” Abraham said. “We’re not getting enough students in that pipeline to feed graduate education, to feed doctoral education. And of those that even go on to doctoral education, nationally only about 50% of the students who earn their Ph.Ds. even want to go the academic route. So that pipe is narrowing really, really quickly. That flow is narrowing down very quickly the further up you go. And we’ve got to increase that flow if we really want to do something about that.”

The effort that needs to go into addressing these disparities must be a multifaceted one, Abraham said.

“It’s not any one area that’s going to make a difference,” Abraham said. “We really got to be working on that systematically. The numbers coming in, the treatment of these students once they get to graduate school so that we can get them through those programs, and then on the hiring side of it.

“And not just the hiring, just take it a step further then, once they are hired, how long are we going to keep them in there, making sure that we can retain them once they get to that level is also important,” he said. “And so we’ve got to work on all of those elements simultaneously if you will, to really make this thing go and to do something about these kinds of numbers.”

Dr. Terrell L. Strayhorn, provost and senior vice president for academic affairs at Virginia Union University, said that his research on “belonging” makes clear that faculty of color bring with them research, teaching, advising, and leadership competencies that enrich campus environments and foster student success, especially among diverse students. By increasing faculty diversity, he said, “not only do we increase student diversity but we enhance student success.”

“It’s not the mere number of faculty of color employed by an institution that matters, although that’s an important dimension of structural diversity,” he said. “But it’s also the rank, classification, tenure status, and salary of faculty of color that provide stronger indicators of equity and equality. When you drill down in the data in this way, you see the nuances of the problem as faculty of color are more likely to be hired in part-time, contingent, entry-level, and non-tenured faculty roles.”