Dr. Shirley Ann Jackson is known as a transformative leader in academia, industry, and government. As Jackson, an individual with many firsts attached to her name, approaches her retirement as president of Rensselaer Polytechnic Institute (RPI) on July 1, it provides an opportunity to reflect on how she defied societal and academic expectations to forge not only her own path but the path for many who would follow.

“Sometimes, a window in time opens for you, and if you are prepared to step through then it can create opportunities for you to make a real difference in the world,” says Jackson. “I’ve had that kind of extraordinary set of opportunities. I have always felt it’s important to make a difference and leave an imprint.”

Jackson earned both her bachelor’s degree and doctorate from the Massachusetts Institute of Technology (MIT). She is the first African American woman to receive a doctorate from MIT. “Not many alumni can see the mark of their leadership on an institution 50 years after they graduate,” MIT President Dr. L. Rafael Reif told Rensselaer Alumni Magazine.

“A co-founder of the Institute’s Black Students Union, she has always had a knack for bringing people together around shared values,” Reif added. “Both MIT and RPI have benefited immeasurably from her brilliance, her vision, her leadership, and her extraordinary commitment to inclusive excellence.”

Before becoming president of RPI 23 years ago, Jackson, a theoretical physicist, had a ground-breaking, distinguished career. The four years prior to her RPI presidency were spent as chair of the U.S. Nuclear Regulatory Commission (NRC); she was the first woman and first African American to hold that position. The chairman is the principal executive officer and official spokesman for the NRC.

Dr. Thomas Wellock, historian for NRC, says two things stand out from Jackson’s time as chair. Although she didn’t create risk-informed, performance-based regulation, its implementation took root during her time at NRC. Prior to the mid-1990s, the NRC generally based decisions on expert judgment.

“By the 1990s, when Jackson comes into office, there was a methodology and growing body of data that allowed the NRC to move in a new direction where they would be able to quantify risk,” says Wellock. “You could look at new ways of approaching safety based on a quantification rather than an expert’s judgment of safety.

“The NRC instituted a new policy statement encouraging the staff to pursue more risk-informed approaches to regulation,” he continues. “It was a significant addition to how we approach safety.”

Also, under Jackson’s leadership the NRC implemented the Reactor Oversight Process, a completely new oversight program for reactor licensees. “It is important to note that Jackson’s contributions as chairman were substantive and marked a regulatory turning point for the agency,” says Wellock. “As a pathbreaker, Jackson has certainly made it easier for others to follow.”

When Jackson became president of RPI, she was the first African American woman to lead a top-ranked research university. At her 1999 inauguration, she vowed to increase RPI’s profile. The board approved “The Rensselaer Plan” that first year, in which Jackson meticulously outlined plans to propel the institute into the 21st century.

“The board of trustees hired me as a change agent, and I took that seriously,” says Jackson. “That required doing an overall assessment of the institution and then developing a plan to address the challenges and opportunities that I found.”

Under her presidency, more than $1.25 billion has been invested and the campus has been transformed by state-of-the-art research platforms. World-class facilities include the Shirley Ann Jackson, Ph.D. Center for Biotechnology and Interdisciplinary Studies (recently named in her honor), the Curtis R. Priem Experimental Media and Performing Arts Center, the Center for Computational Innovations and the East Campus Athletic Village.

Over the past 23 years, sponsored research awards have tripled and more than 325 tenure-track faculty members have been hired at RPI. There have been curriculum advances, increases in scholarships, growth in undergraduate research, and innovations in student life. Even the athletic department was upgraded. Men’s and women’s ice hockey compete in Division I. All other sports remain Division III, but all now have full-time head coaches. RPI’s bicentennial is in 2024 and “The Rensselaer Plan 2024,” among its 110 items, aims for research with a global impact.

During her RPI presidency, Jackson has continued to make her national and global mark. In 2014, President Barack Obama appointed her co-chair of the President’s Intelligence Advisory Board, on which she served until Obama left office. In February 2020, she joined The Nature Conservancy’s (TNC) global board of directors to serve until 2029.

“She brings big ideas, sharp questions, and an appetite for learning to her role on TNC’s board,” says TNC CEO Jennifer Morris. “In addition to her science background, as a university president, Dr. Jackson also brings immense experience in finance, audit, fundraising, business strategy, and other aspects of running a large organization.

“Under Dr. Jackson’s leadership, RPI has been known for its focus on collaborative, multidisciplinary solutions to the biggest challenges facing humanity,” she adds. “That aligns really well with TNC’s approach.”

In a 2020 oral history interview with American Institute of Physics, Jackson spoke about how her career had many different phases that she appreciated. Since becoming president of RPI, she takes the school with her in all endeavors, which has enabled her to forge partnerships for RPI with private industry and government. Research has emerged that has extensive community good, including a stormwater management system under College Avenue on the south side of the campus, which was given back to the city of Troy, N.Y.

“The Rensselaer Plan 2024” will continue following her retirement. Jackson’s successor as president of RIT, Dr. Martin A. Schmidt (previously provost at MIT), will inherit a “fantastic leadership team” that Jackson put in place.

“We’ve changed how we teach,” says Jackson. “We use gamification, AI (artificial intelligence), and virtual and extended reality. We’ve changed what we teach, and we’ve changed the core curriculum to give more focus on ethics. We have a data dexterity, data analytics requirement and a biological science requirement.

“We’ve created 25 — about to be 26 — new academic degree programs across all the schools,” she continues. “What I’m proud of is that we have brought holistic and comprehensive change on all of the core things that the university is about. … We’ve brought a lot greater … gender, cultural, ethnic, and geographic diversity. We just admitted our largest, most academically strong and most diverse class ever.”

Going forward, Jackson will continue in public service, including advisory duties for the U.S. government. She is on Secretary of Energy Jennifer Granholm’s Advisory Board, particularly focusing on issues of grid modernization. She is on the International Security Advisory Board, which advises Secretary of State Antony J. Blinken. Another assignment is being a newly appointed member of the Defense Science Board set up to advise the Department of Defense on science and technology. Jackson has been named a senior fellow at the Harvard Kennedy School. She is also on two corporate boards.

“In my life, I’ll have a lot more time, but I like to stay busy,” says Jackson. “I’m probably going to do a staycation with my husband. We have a place in the Adirondacks, and we’ll split our time between that and Florida. When you don’t have the full responsibility for the overall organization, it’s still work, but it’s not the same as having that full responsibility. As long as I still have my health and strength, then I want to make a difference.”

Changing the Face of Nursing 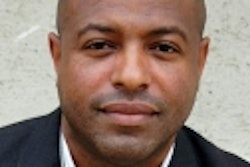 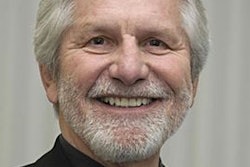 Diverse Students Are Going Hungry at the Cafeteria Curriculum