My earliest recollection of meeting Bill Cox dates to the 1980s, when I was on the faculty and a senior academic administrator at Virginia Commonwealth University. My work took me to Washington occasionally, and when we could coordinate schedules, we met at Bill’s Office in Fairfax, Va.

Bill was the public face of Black Issues in Higher Education, a joint venture with his business partner Frank L. Matthews, a member of the faculty at George Mason University.

American higher education has changed lots since then, and to its credit, the publication that Bill co-founded more than four decades ago has adapted without missing a beat. What began as Black Issues In Higher Education is now Diverse, aptly reflecting its values, its readership, and its multi-racial, multi-cultural clients and stakeholders. Unequivocally, it serves all adequately and equitably.

The narrative does not end here, however. Diverse enjoys the singular distinction of having reshaped the coverage of faculty, staff, and student issues that pertain to Blacks, Latinos, Asian Americans, and Native Americans. When the predecessor to Diverse began, Blacks and other underrepresented minorities received scant attention from The Chronicle of Higher Education. Diverse changed that and higher education is better because of it.

Bill was an alumnus of Alabama A & M University. He understood HBCUs and was committed to their mission and goals as key contributors to social mobility. We discussed this shortly after he agreed to serve on AAMU’s governing board. Bill understood the travails of Black students, faculty, and staff at majority schools. He played an invaluable role in calling attention to their objectives, accomplishments, and scholarship. Diverse, in essence, provided encouragement as well as a platform and connectivity that remains matchless.

Bill also appreciated and understood the challenges Black faculty, staff, and students experienced at majority colleges and universities. Between 1987 and 1995, I was an active member and officer of the Virginia Association of Black Faculty and Administrators (VABFA), co-founded by my friend, the late Dr. Joyce Williams-Green, assistant provost at Virginia Tech. VABFA’s membership included faculty and administrators from several public institutions such as the University of Virginia, Virginia Tech, James Madison University, VCU, and Norfolk State University. Washington and Lee University was VABFA’s only independent university.

Then as now, Black faculty and staff were often taken for granted and expected to exhibit gratitude for having been hired to work in the first place. VABFA’s goals were simple and explicit: confront racism head-on and do everything possible to recruit, retain, and support Black faculty, staff, and students. As we know all too well, this struggle continues; but it has been aided significantly by the support of Bill and Diverse.

We could always count on Bill to publish articles about VABFA’s work, and frankly, to voice concerns manifested on campuses across the country. In this regard the impact of Diverse is similar to that of the great Black newspapers of the twentieth century. Were it not for the dogged tenacity of the Pittsburgh Courier, for example, Jackie Robinson may never have desegregated major league baseball.

Thanks to Bill’s leadership Diverse has successfully navigated transformation to the Digital Age along with a broader audience reflecting diversity, equity, and inclusion. Diverse is no longer confined to print but operates on a multi-media platform that includes online publications, webcasts, and podcasts. Also noteworthy is its recognition of exceptional talent through the John Hope Franklin Awards and the Arthur Ashe, Jr. Sports Scholar Awards.

In closing, there is something else I should note about Bill Cox’s leadership. That is his attention to succession planning. In our last conversation, Bill told me that he was proud that the company was now in the capable hands of the Cox and Matthews children. Anyone who knows anything about business understands how difficult it is to hand the reins over to the next generation and to ensure that success continues. From what I have observed, Diverse and its various lines of business are in very capable hands. Bill’s confidence was amply warranted.

Bill Cox leaves a rich and enduring legacy. His imprimatur on Diverse is unmistakable. He helped to reimagine and reshape the publishing industry and higher education itself. Stony the road we trod, but by Bill’s example, we are inspired to continue. 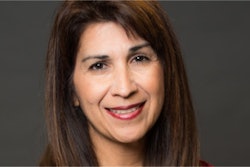 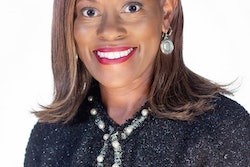