Precedents in military research will be set within the next few months. The U.S. Air Force will establish its first University Affiliated Research Center (UARC), and for the first time a UARC will be located at an historically Black institution.

“The Fiscal Year 2022 National Defense Authorization Act required the Department of Defense (DoD) to establish a plan to elevate a consortium of Historically Black Colleges and Universities/Minority-Serving Institutions (HBCUs/MSIs), assess their ability to participate and compete in engineering, research, and development activities, and report the plan to Congress,” says Laura M. McAndrews, media operations, Department of the Air Force Public Affairs. “The goal is to grow and diversify the available pool of scientists and engineers to support more comprehensive solutions to the department’s most challenging problems.”

There are currently 14 UARCs in the U.S., located at Predominantly White Institutions (PWIs) including Georgia Institute of Technology, Massachusetts Institute of Technology and University of Texas at Austin. There are currently no HBCUs with Carnegie Classification Research 1 status, but leaders at the 11 institutions with R2 status believe that being selected for this contract will help elevate the school to R1.

“We set our strategic plan that targets Carnegie R1 by 2030,” says Dr. Charles Weatherford, vice president of research at Florida A&M University (FAMU), one of the 11 HBCUs designated R2. “Access to these funds and facilities that the UARC will provide is going to propel one or two HBCUs into R1.”

The new UARC’s research focus will be tactical autonomy, the development of autonomous systems, and technologies for military missions. The 2016 Defense Science Board study on autonomy concluded that the DoD must accelerate its exploitation of autonomy to realize the potential military value and to remain ahead of adversaries, says McAndrews.

Lt. Col. Natosha Reed, commander of the ROTC program at Jackson State University, one of the R2 institutions vying for the UARC, describes tactical autonomy as not having humans on the ground in certain situations, instead using technology to get a mission done.

“It is autonomous technology that is used from air, space, cyber, ground, sea, and different things of that nature,” says Reed. “It allows us to still move and get the mission done without us having people on the ground. In order to do that … you have to have mathematicians and leaders in those fields to create different platforms for us to be able to move as such.”

Dr. Willie May is vice president of research and economic development at Morgan State University, another HBCU R2. He spent 45 years working in government service with the National Institute of Standards and Technology before joining Morgan State. He explains that tactical autonomy involves artificial intelligence, machine learning, and cybersecurity. This machinery augments and, in some cases, replaces humans in the war theater.

Weatherford notes that the U.S. is currently in competition with China and Russia around building hypersonic aircraft. Presently, there is not effective communication with such aircraft. FAMU is in a position to combine its artificial intelligence information, robotics research, and oil dynamics research to solve some of the critical problems for the Air Force.

Weatherford explains that the tactical goal is to determine how to communicate effectively with a human interface in hypersonic aircraft so that they can become autonomous — operating by themselves as necessary and restoring control when the opportunity arises. “This is a complicated issue of how to effectively use hypersonic aircraft to accomplish more fighter missions,” says Weatherford. “[That] is what we’re ultimately talking about.”

“There is a plethora of research being conducted at the 11 R2 HBCUs that have direct and indirect applicability to the tactical autonomy foci,” says McAndrews.

“With every scientific challenge, we expect solutions that demonstrate novel information and perspectives, and lead to better decision-making and problem-solving,” says McAndrews.

FAMU already is involved in relevant research in machine learning and data science. Also, the FAMU-Florida State University College of Engineering has ongoing research on robotics and hypersonics. Military research is taking place. A grant from the Army is helping to upgrade FAMU’s polysonic wind tunnel at the College of Engineering, which Weatherford says will allow researchers to expand the capabilities of the wind tunnel to approach hypersonic velocity.

Morgan State has two centers, the Cybersecurity Assurance and Policy (CAP) Center, which focuses on reverse engineering of Internet of Things (IoT) devices, and the recently launched Center of Equitable Artificial Intelligence & Machine Learning. May says while the UARC will tap into the brain power on campus, research professors who have expertise in tactical autonomy will be identified and recruited to serve as core staff.

While most of the 11 HBCUs with R2 status have had some government grants for research, this UARC will not be a grant, it will be a contract. This contract will commit $12 million annually for five years.

It is expected that the institution selected for the UARC will collaborate with other HBCUs on the project, therefore more than one institution will benefit. McAndrews notes that the lead university will create a consortium of between three and 30 additional HBCUs with a consortium management plan. The other schools do not have to have high research activity to participate.

May declines to provide details about the proposal being prepared. He says he anticipates this will be a collaborative effort with other institutions, not just the other R2 HBCUs submitting proposals. Weatherford notes that FAMU is already in discussions with several of the other R2 HBCUs and there is excitement about partnering.

The Air Force and DoD held a webinar in mid-July to provide insights on what is expected of this UARC. A Broad Agency Announcement (BAA) was expected in late August to solidify details on what the proposals should contain. BAAs are solicitation methods for research and development efforts. The government is looking for new and creative solutions to problems.

“The BAA will contain the technical challenge; research in tactical autonomy with three main lines of effort: Trust in Mission Autonomy, Collaboration Between Platforms and Human-Machine Teaming,” says McAndrews. “It will contain the minimum requirements for consortium development; coordination between members, distribution and management of funds and the process for adding/removing consortium members, to name a few.”

Additionally, the BAA will identify STEM education requirements, many of which the universities currently conduct.

“It is going to allow us to train students to work in the national defense workforce,” says Weatherford. “We don’t really have the level of research engagement as some of the top PWI universities do. That’s part of what this is about, building infrastructure at HBCUs to allow us to more fully participate in the national research agenda, particularly that [of the] Department of Defense.

“I think they’re engaging an underutilized element of our national research enterprise that has tremendous potential,” he continues. “It’s a very appropriate and timely decision to do this.”

Reed expects that creating a UARC at an HBCU will help increase Air Force ROTC participation. She says that, while it is thriving at Morgan State — which had a record seven lieutenants commissioned this past spring — several Air Force ROTC programs closed at HBCUs due to lack of interest. Particularly because the Air Force and Space Force want officers with STEM training, a UARC center could attract students. It will also help make STEM students highly competitive when entering the workforce.

“Investing in an HBCU helps the Air Force and Space Force to stay that superpower that we are right now, leading in technology, science and engineering and propelling us in those areas,” says Reed. “If we build that center at an HBCU, we see that we have untapped potential, that’s going to propel us to move forward and stay in the forefront of the mission that’s in front of us.” 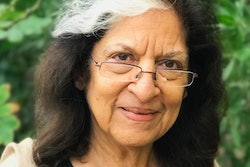 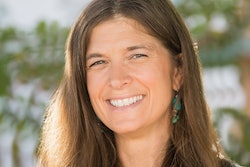 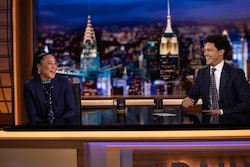 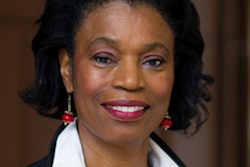